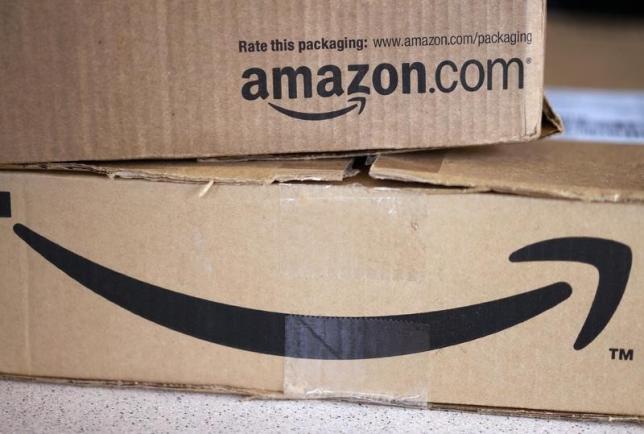 Leaked emails reveal that Amazon.com is stockpiling products made in China over fears that coronavirus will harm its supply chain — after the company said the outbreak will cause 'no interruptions' to operations.

Business Insider reports that Amazon reached out to a number of suppliers last week to quickly increase its inventory of products made in China.

In the email, Amazon said the move is to "prepare for possible supply chain disruptions due to recent global events originating in China,” and told third-party sellers they should be taking "precautions" to protect their seller account performance ratings.

Novel coronavirus 2019-nCoV originated in Wuhan, China, and has killed over 900 people and infected more than 40,000 as of today. The outbreak is causing economic shock and closed factories throughout the country.

“The move shows the urgency Amazon is working with to prevent any potential supply chain disruptions it could face due to the coronavirus outbreak in China, where the bulk of its products are sourced from,” reports Eugene Kim for Business Insider:

"Amazon issued off-cycle orders to you last night in order to prepare for possible supply chain disruptions due to recent global events originating in China," Amazon said in one of the emails viewed by Business Insider.

Amazon told these suppliers that the new orders are for products sold in the US but made in China, and that the change is in response to the coronavirus outbreak. In one of the emails viewed by Business Insider, Amazon said it's placing "stock-up purchase orders for several weeks of supply," and that it's giving the suppliers 5 extra days to ship the products to Amazon's warehouse. Amazon is also "proactively waiving" certain late shipment fees, the emails said.

In an email statement to Business Insider, Amazon's representative confirmed the order increase, saying it's a cautionary move. "Out of an abundance of caution, we are working with suppliers to secure additional inventory to ensure we maintain our selection for customers," it said.

Read more:
Leaked emails show Amazon is stockpiling on products made in China due to coronavirus risk on its supply chain — after having said there's 'no interruptions' to its operations