This app can make anyone a better writer — and its got the sources to prove it. 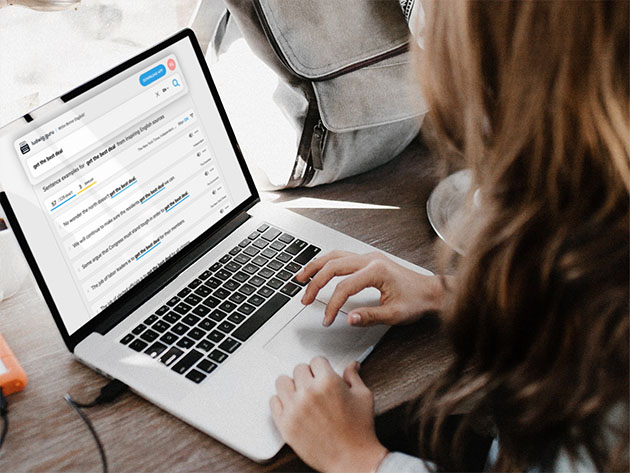 For most of us, writing doesn’t come naturally. It often only comes after agonizing hours of scratching and clawing for just the right words to make our point. And when we finally do read over our final product, we cringe and start looking for a partner or friend or family member to take a look and maybe “punch it up” a little.

Thankfully, Ludwig can get you and all your nearest and dearest off the hook for solving your worst writing crimes. The dedicated Ludwig sentence search engine is the smart writer’s tool for turning so-so prose into literary gold.

Ludwig is a hit at some of the world’s most prestigious institutions and it isn’t hard to see why.

Once you drop your sentence into Ludwig, this engine instantly judges it against over 200 million great English sentences, then offers you concrete, contextualized examples to make it better. Ludwig is no slouch either, comparing your work to premium pedigreed sources like scientific journal articles, official documents, and award-winning media. A seal of approval from Ludwig is a true sign your writing is actually ready to be seen by others.

If you’re grasping to come up with just the right word to make your sentence sing, type an asterisk where the word should be. The brainy Ludwig will do the work for you, digging up the perfect word for your situation.

Ludwig also score points with foreign-born writers, delivering sterling English text full of style and nuance rather than a choppy, clunky direct translation served by Google or other services.

Best of all, Ludwig helps everyone quit being so self-conscious about their writing, so you’ll have more time to think about your ideas rather than their eventual written form. With the current offer, Ludwig is $180 off its retail price, just $119.