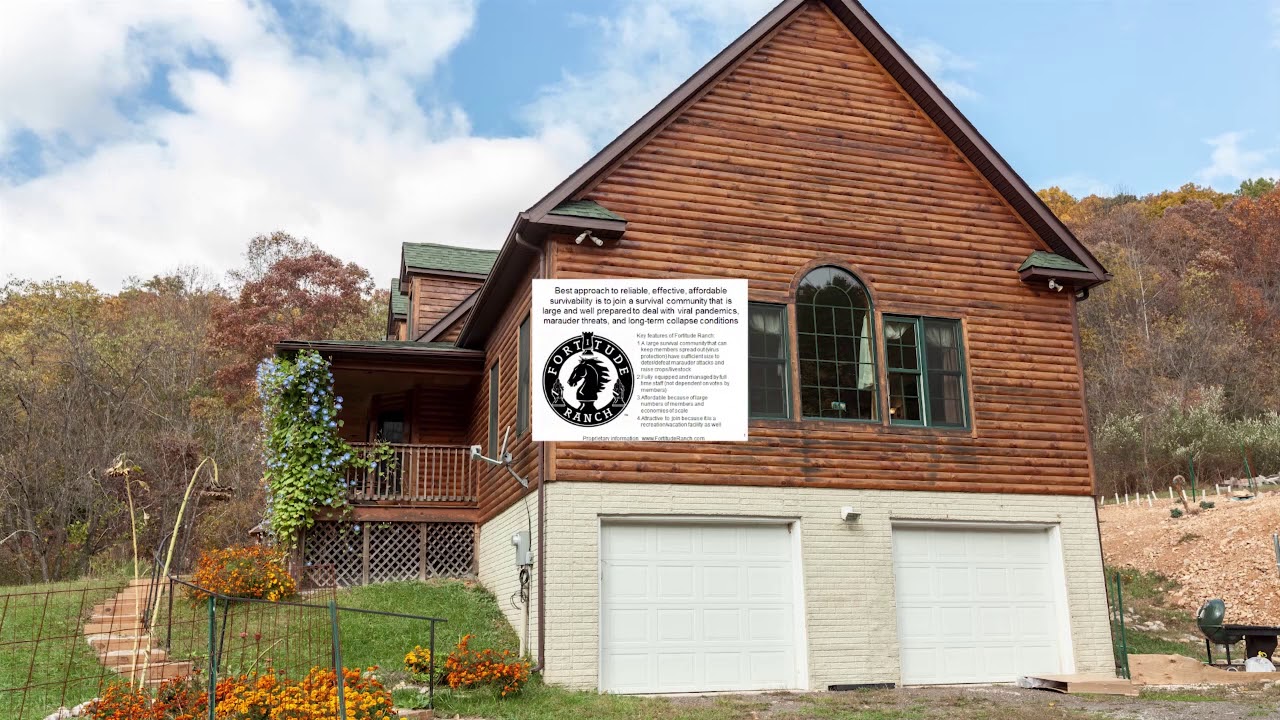 NPR has a bizarrely fascinating new piece about Drew Miller, the owner and founder of Fortitude Ranch, which is essentially a timeshare opportunity for Doomsday Preppers. Unlike the Survival Condos that start at $1.5 million, Fortitude Ranch "seeks to capture a solidly middle-class market." The annual membership fee is $1,000, which gives you access to 10 days at any of their locations.

Right now, there's only one Fortitude Ranch in West Virginia. But the company is already building another one in Colorado, and ultimately plans for a nationwide network of 12 locations, which will each have different recreational offerings, and be conveniently placed so there's always one location within a day's drive.

It's not luxurious; spartan may be a more accurate term. Yet, the properties are in secluded, wild and scenic places that Miller hopes will make the fee worth it for the right customers.

If the structures of society crumble, Miller envisions each Fortitude Ranch location as a protected community of about 50 people, up to a maximum of 500. Initially, there will be supplies and food on-site to last a full year. However, once members fall into a routine of gardening, hunting and fishing in the adjacent national forest, Miller said, it should be sustainable in the long term.

I'm not exactly sure how large each of these properties is going to be, but 50 to 500 is a very wide range of people, which would require very different accommodations in an apocalyptic scenario. As it stands, Fortitude Ranch only claims about 150 members total across the entire country. It's not clear whether you need to reserve your spot at one of the ranches before you show up, like you would at a timeshare. And if that's the case, I'm not sure what's supposed to happen in the unlikely event of an actual pandemic zombie war, if the nearest ranch is already at capacity by the time you arrive there; I guess that's why they're planning to expand the network of locations and string them somewhat-close together.

While you're visiting, members can keep themselves busy by contributing their own personal touch to the property; that's part of the service, too:

For one thing, there are no bunkhouses or high wooden walls that surround the fort, partly because he doesn't want passersby to know his property is a prepper ranch. It's also because tasks such as building the walls will be the members' responsibility. He argued that it will be important for their mental health in a disaster situation.

"If you're just sitting around with nothing to do, you're going to be worrying about, you know, 'What happened to my daughter in San Francisco?' So we wanna keep people busy," he said.

I personally tend to look at Doomsday Prepping as the same kind of paranoia-feeding predation as overly-elaborate home security systems and gun reserves — some clever bastard making tons of money by scaring the shit of you, just in case. Still, $100 a night is a decent rate for a remote vacation getaway, if that's what you're into it. So I strangely appreciate the effort to make Doomsday Prepping more affordable and accessible. That's not a sentence I ever expected to type, but we've already past the point of Blade Runner dystopia in this late-stage capitalism hellscape of 2020, so anything goes, I guess.

Preparing for the end of the world, on a budget [Dan Boyce / NPR]

People Are Paying Thousands To Join Doomsday Ranches, Like This One Coming To Southern Colorado [Joelle Baumann / CPR News]