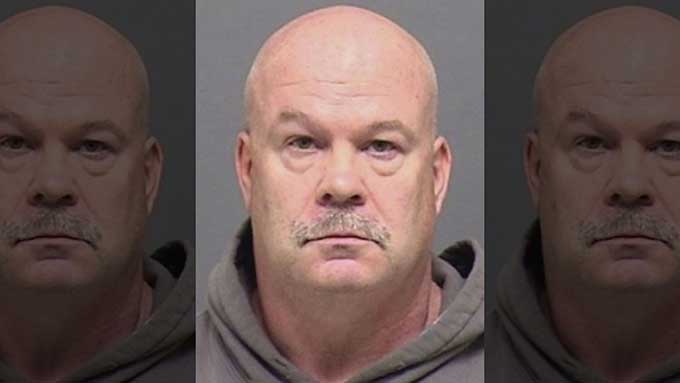 Bret Michael Wilson (57) (aka the "Nighttime Nailer") received a 30-day sentence for criminal mischief and four counts of disorderly conduct after admitting that he had thrown roofing nails onto busy Oregon streets for two years, reports The Oregonian. He will also have to pay $2,000 in restitution and refrain from drinking alcohol.

Oregon City police finally arrested Wilson in October after officers who were staking out The Nighttime Nailer saw him chuck fistfuls of nails from his car as he drove along South Center Street before dawn.

After he was nabbed, the suspect copped to scattering the metal spikes numerous times before.

“By Mr. Wilson’s recollection, he has thrown nails over 50 times onto our busy streets over the last couple of years,” police said in a news release at the time.

Wilson’s early morning ritual — always done before sunrise so as to avoid detection — was in response to drivers he felt were rude or had slighted him, Brock said.

“It was his form of anger management. It made him feel better,” Brock said.

UPDATE: “Mark Dwayne Gordon was arrested Sunday and subsequently booked into jail on suspicion of assault with a deadly weapon, battery and vandalism in connection with the attack Saturday on Rangeland Road, just west of Ramona, sheriff’s Sgt. Rob Samuels said.” – Fox local news A gentleman in a large vehicle took issue with a […]