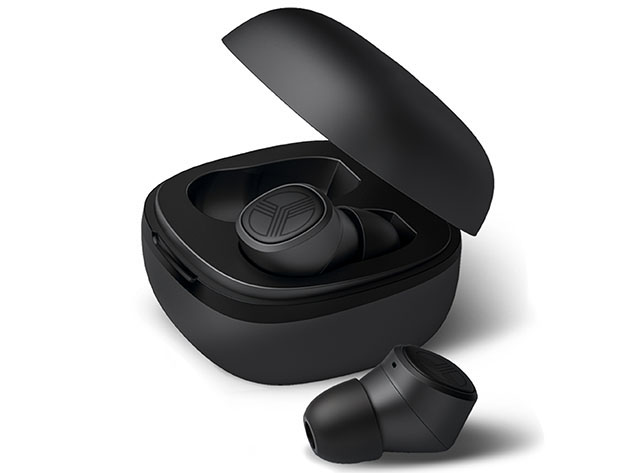 The gym is a responsibility for most of us, not a calling. We go because we need to shore up damage from a sedentary lifestyle and bad eating choices. So as we dutifully work to battle gluttony and decay, all we want is some help to make those hours of sweating a little less painful.

Music and podcasts are how most of us survive those sessions -- and the TREBLAB xFit Bluetooth Sports headphones are just the workout buddy needed to help you power through.

These ultra-lightweight ergonomic wireless buds are weighted to sit snugly in your ears without falling out while perfectly pouring on the sound, no matter whether you’re running and working out or even just commuting or out running errands.

Of course, the xFits aren’t just a pretty face -- they’re designed with a roster of cool features as well. When synced via Bluetooth 5.0, you’ll enjoy advanced passive noise cancellation, multi-device connection support and a built-in mic for handling single-touch smartphone calls, all through a single button control.

While most wireless buds get by on 4 to 5 hours of battery life, the xFits can go up to six on a single charge, but you also get an extra 25 hours of juice out of the tiny charging case that can easily slide into your pocket, so you’re always ready.

But it really doesn’t matter how the xFits look and operate if they don’t sound fantastic too. Thankfully, these top-flight buds deliver true HD sound with crystal clear treble and soul-bouncing bass to rival any wireless earbuds you’ll find.