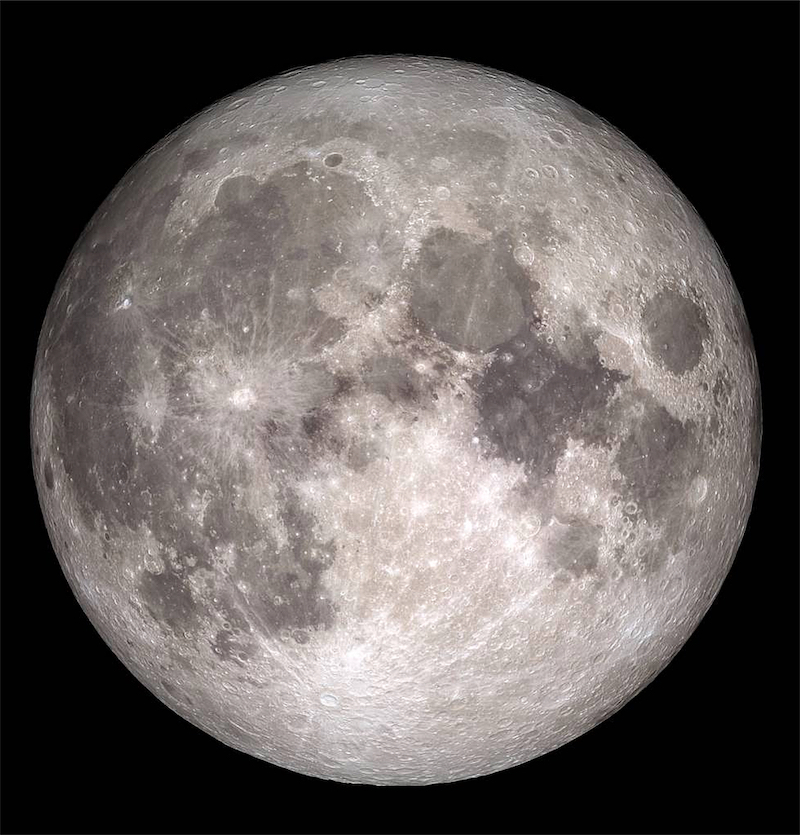 While scientists have studied Moon rocks for 50 years, researchers have for the first time conducted deep analysis on a single grain of lunar dust, atom by atom. Using a common materials science technique called atom probe tomography that's not widely used by geologists, the Chicago Field Museum's Jennika Greer and colleagues probed the grain of soil — about the width of a human hair — and were able to learn about the Moon's surface its elemental composition. From the Field Museum:

In that tiny grain, she identified products of space weathering, pure iron, water and helium, that formed through the interactions of the lunar soil with the space environment. Extracting these precious resources from lunar soil could help future astronauts sustain their activities on the Moon…

Once the sample was inside the atom probe at Northwestern University, Greer zapped it with a laser to knock atoms off one by one. As the atoms flew off the sample, they struck a detector plate. Heavier elements, like iron, take longer to reach the detector than lighter elements, like hydrogen. By measuring the time between the laser firing and the atom striking the detector, the instrument is able to determine the type of atom at that position and its charge. Finally, Greer reconstructed the data in three dimensions, using a color-coded point for each atom and molecule to make a nanoscale 3D map of the Moon dust…

Studying soil from the moon's surface gives scientists insight into an important force within our Solar System: space weathering. Space is a harsh environment, with tiny meteorites, streams of particles coming off the Sun, and radiation in the form of solar and cosmic rays. While Earth's atmosphere protects us from space weathering, other bodies like the Moon and asteroids don't have atmospheres. As a result, the soil on the Moon's surface has undergone changes caused by space weathering, making it fundamentally different from the rock that the rest of the Moon is composed of. It's kind of like a chocolate-dipped ice cream cone: the outer surface doesn't match what's inside. With APT, scientists can look for differences between space weathered surfaces and unexposed moon dirt in a way that no other method can. By understanding the kinds of processes that make these differences happen, they can more accurately predict what's just under the surface of moons and asteroids that are too far away to bring to Earth.