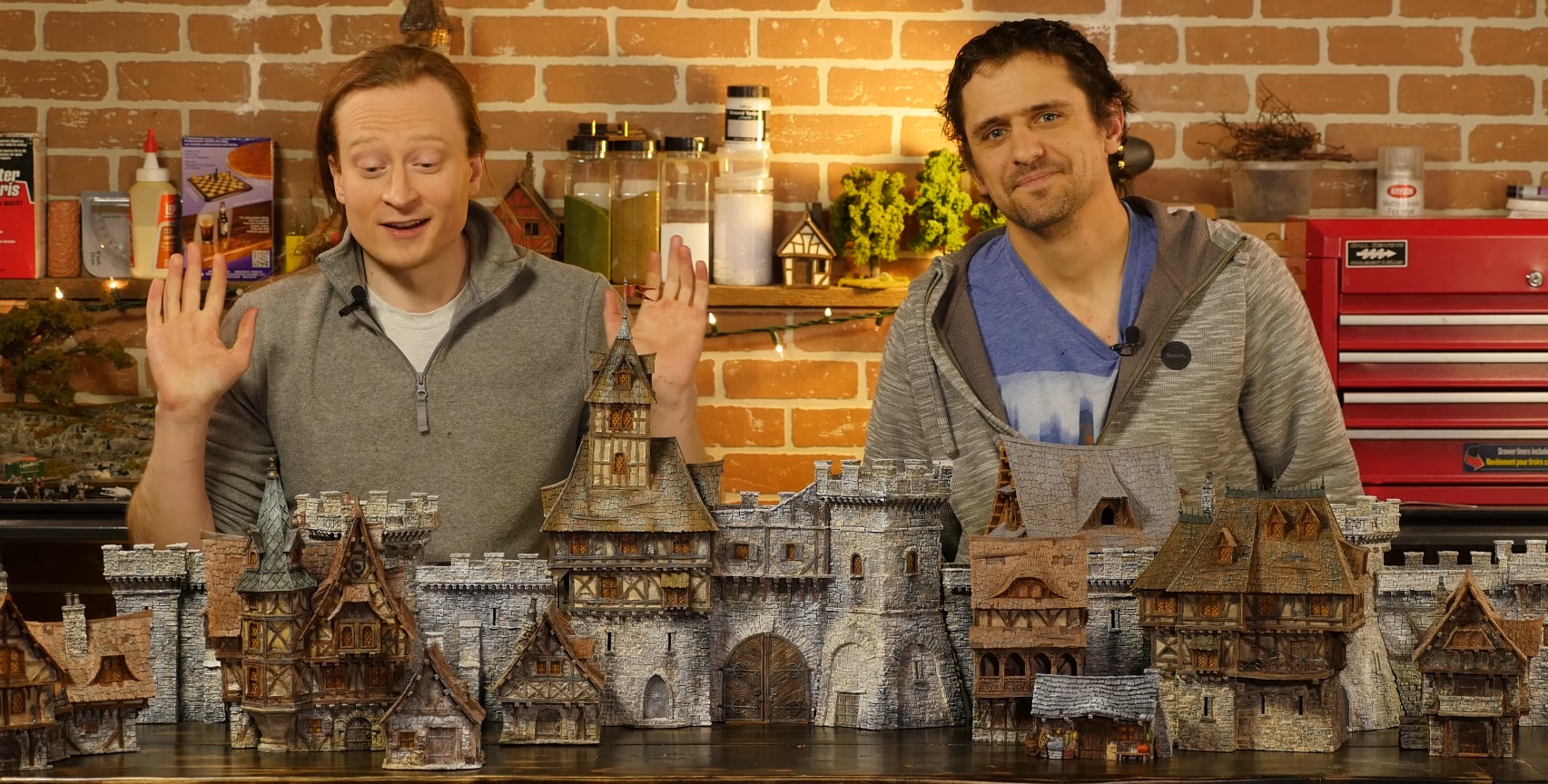 If you're a fantasy tabletop gamer, you likely know about Tabletop World, two Croatian terrain makers whose resin-cast buildings are the gold standard in tabletop gaming.

You may also know Goobertown Hobbies and Real Terrain Hobbies, two of the best painters and terrain crafters in the game.

Tabletop World sent them $2500 worth of buildings, a small Medieval village, and the two crafters challenged each other to paint the town in just five days.

Besides it being fun to watch these guys hang out and paint these jaw-dropping buildings together, there are a lot of cool terrain painting and weathering techniques you can pick up.