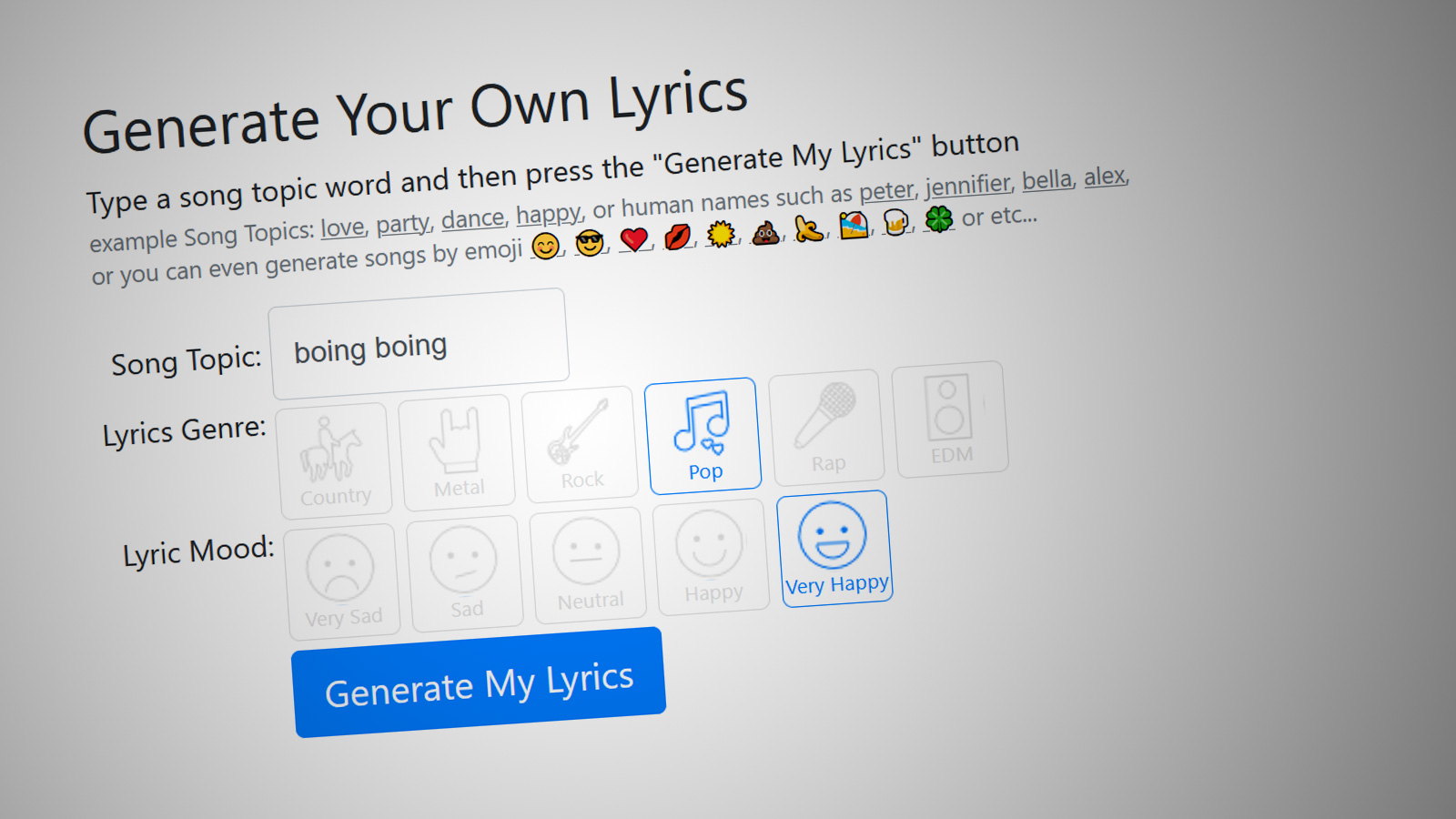 These Lyrics Do Not Exist differs from similar projects involving human faces, cats, etc., in that the AI-created results are no more uncanny than the real thing. You give it a topic, and select a mood – very sad, sad, neutral, happy, very happy – and a genre – country, metal, rock, pop, rap, EDM – and tell it to get cracking.

Here is the chart-busting hit, "Boing Boing", exactly as generated by the AI:

Verse 1
You came along you showed me
My many seasons of different
Boing, autumn, winter, boing
You touch my boing

Pre-Chorus
And oh, the rain it falls on me
Soft boing rain on my skin

Pre-Chorus
So I am autumn, winter and boing
And every month brings a new love