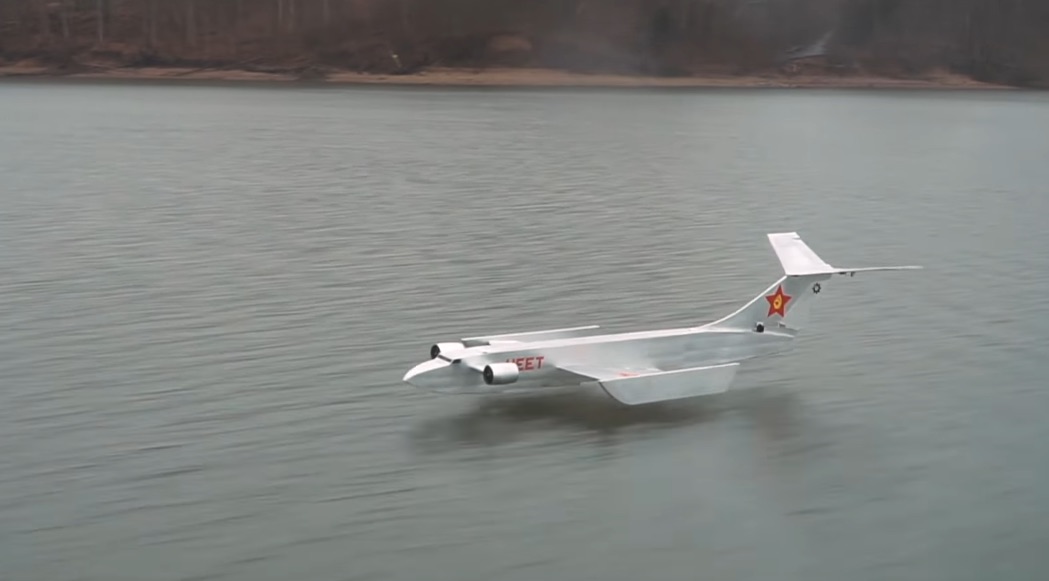 The results are amazing, the footage of it flying, of the ground-effect in action, is some of the coolest R/C footage I have ever seen. It's amazing what amateurs can do these days, cinematically, with affordable camera drones and Go Pros.