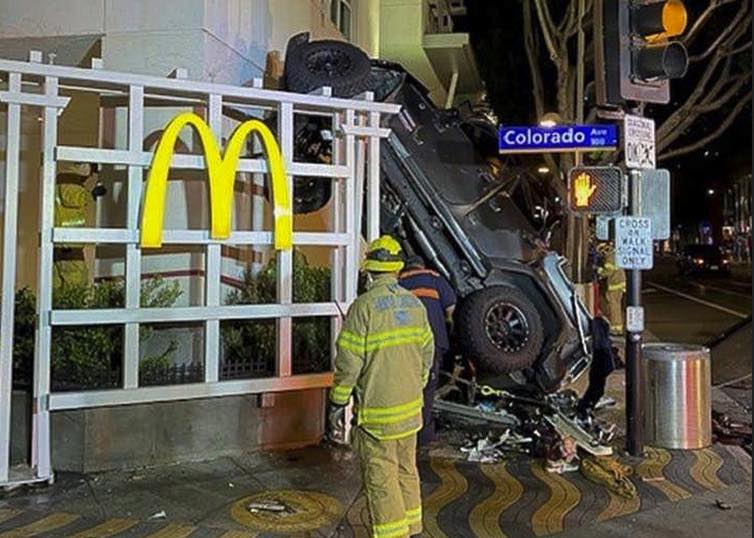 A man was hospitalized after he drove his Jeep off the the 6th floor of a parking garage in Santa Monica, California.

First responders found the smashed Jeep up against a McDonald's that sits across the street from the public parking structure.

The driver, 20 years old, was conscious and speaking with officers when they arrived.

He was transported in critical condition.

Fire officials say two passengers inside the Jeep were able to jump out before it went off the roof.

The cause of the crash is under investigation.