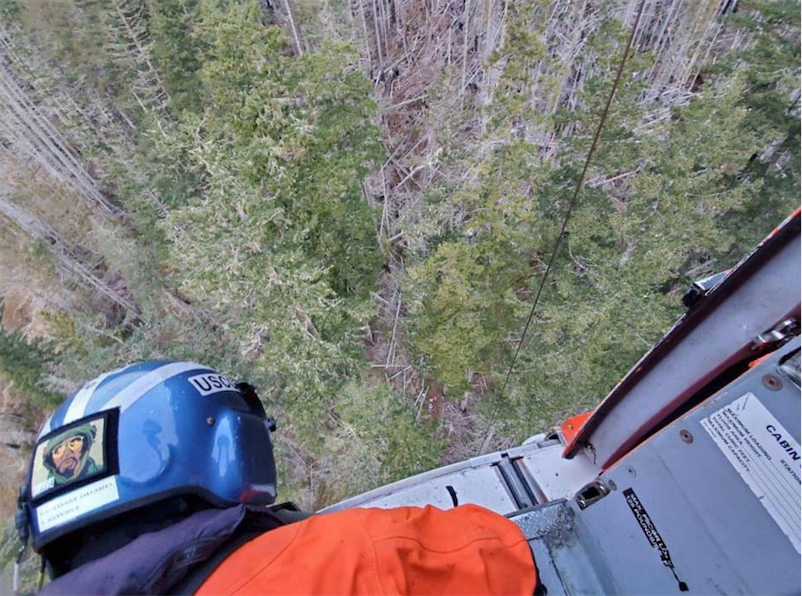 image: "View from the helicopter as the basket was lowered to retrieve the subject" (courtesy of U.S. Coast Guard)