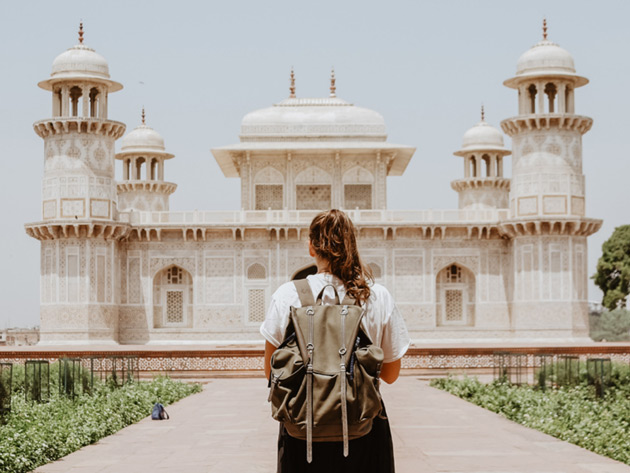 Is it just us, or does it feel like winter hasn’t been as horrendous as usual this year? Well, stats show it’s actually been one of the warmer winters on record so far this year for many eastern U.S. cities in January and February. But, almost on cue, weather experts warn signs of a serious cold snap could be on the way as we head into March.

Knowing that this might be a really good time to book a trip to South Palm Beach. Or Las Vegas. Or, heck, anywhere warm. With that in mind, we’ve got a few options.

If you want to maximize your travel budget, you can’t do much better than a year of Dollar Flight Club for just $9. With this subscription service, you’ll get email alerts about the cheapest flight deals as soon as they go live...before everybody else moves in and gobbles them all up. Just set up your account, pick your home airports and wait for the deals. In addition to those spot discounts, Dollar Flight Club premium members also enjoy exclusive weekend warrior flight deals, partner perks and booking support, all in an ad-free experience.

Airlines make pricing errors all the time. They also slide super-discounted flights on to the schedule with zero notice. Matt’s Flights keeps a sharp eye on all those carrier moves, then loops you in instantly so you can take advantage. Matt’s serves up a minimum of 3 great travel deals per week as well as unlimited custom search requests to make sure you get the cheapest fare, no matter where you’re going. Throw in 1-on-1 flight and travel planning support from Matt’s expert team 24/7 and your vacation prep falls into place pretty darn quick.

Deals like Dollar and Matt’s are great, but they can’t beat straight-up free. So if your lucky entry gets pulled in our $1,000 Airlines Gift Card Giveaway, you’ll be the proud owner of a $1,000 gift card with the airline of your choice, good to pay for a flight anywhere they travel.

So if you’re a fan of JetBlue, maybe you head down to San Juan, Puerto Rico. Or if Southwest is more your jam, maybe you hit the Golden State and spend a few days in sunny Los Angeles. If you’re so inclined, you might even eyeball a few European or South American destinations. It’s your $1,000, dude...go nuts!

Of course, to win, you’ve gotta enter. Which means you need to put your name on the form and click submit. That’s it. It’s super simple. And if your name gets picked, you’ve got $1,000 in airline fun money and it cost you absolutely nothing.

You can also maximize your shot to win by getting a friend (21 or older) to enter as well. Then you get a second entry, just for you.