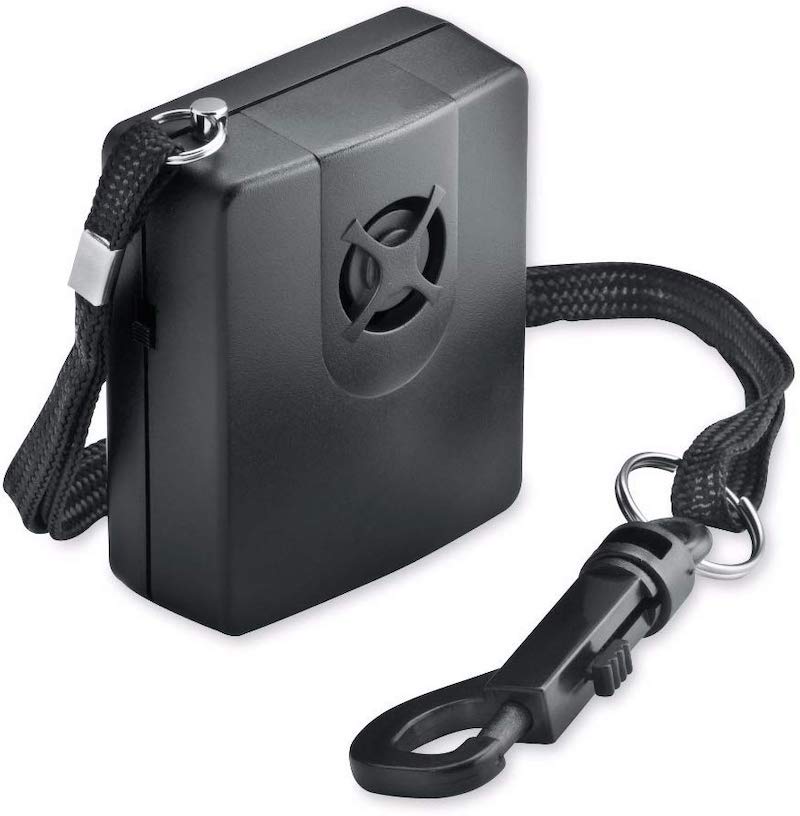 I use a Dowco cover on my treasured bike. I decided to try their easy to integrate motorcycle cover alarm.

The Dowco Weatherall guardian cover survives in marine environments. I live in a densely populated beach community wherein an alarm is probably not a bad idea. This one is simple, loud and will probably surprise the shit out of anyone who decides to move my cover around.

A simple pin plugged into the top of the alarm completes a circuit. The pin is connected to a swivel clip that you attach to your bike. The alarm fits in a Dowco integrated pocket, or simply clips to your cover. The lanyard between the two is fairly short and when the pin pops a lot of noise happens.

A calm and controlled robber will smash the alarm fairly quickly. The wind may blow a loose cover enough to set the alarm off. Under normal circumstances, however, I think adding this alarm to my cover is better than not having it there.

I can not wait until I have forgotten it is there and set off the alarm in my face.

This Nelson-Rigg backpack crushes into a tiny stuff sack. Nelson-Rigg makes covers for bikes that last a long time. I thought I'd take a shot on their super-light backpack, designed to be stuck in tiny motorcycle storage compartments for all those times you realize you'd like to bring something home but can't possibly carry it […]