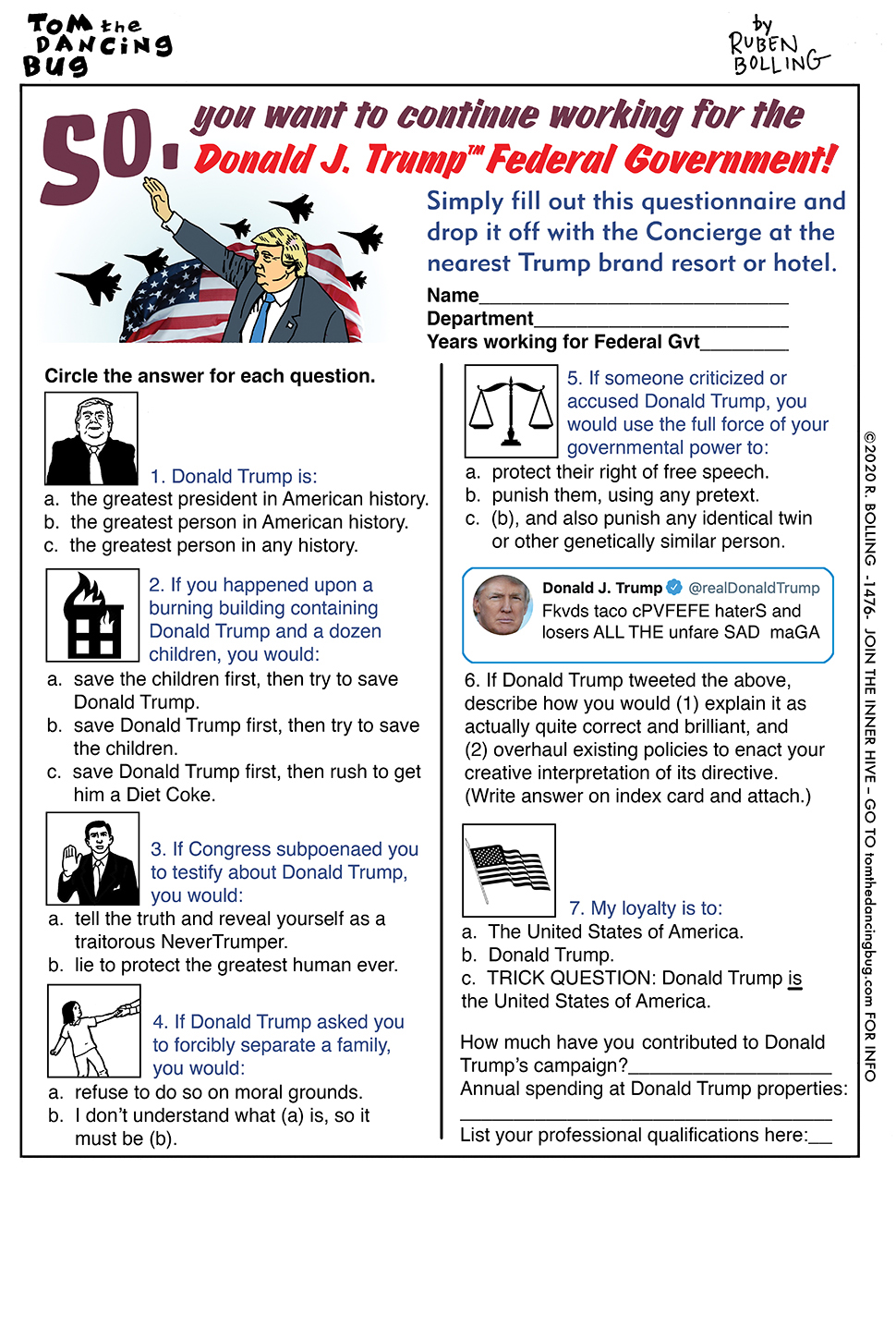 "Ruben Bolling's craft and commentary are as powerful and as pointed, as capable of making you laugh while breaking your heart as they were when we were all so very young."
- from Neil Gaiman's foreword to Tom the Dancing Bug: Into the Trumpverse

FOLLOW @RubenBolling on the Twitters and a Face Book perhaps some Insta-grams, and even my/our more Tom the Dancing Bug comics on Boing Boing!