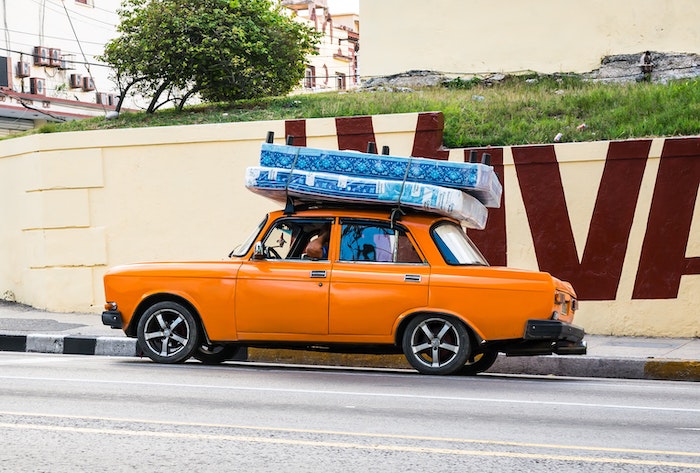 People are tossing old mattresses faster than ever before, thanks to online mattress peddlers who offer easy returns and 100-day guarantees. (It's not surprising -- the last time I visited a brick-and-mortar mattress store it had the same vibe as a sleazy used car joint.) The upshot -- tons of tossed out mattresses clogging landfills and the rise of scammy recyclers who collect filthy, vermin-infested mattresses, give them new covers and resell them as new.

One scam involves fraudsters posing as reputable mattress recyclers. They set up an official-looking website and start offering their services to residents and businesses. When people bite, the fraudsters collect the mattresses, pick the ones in good condition, replace the outer casing, and then wrap in new covers that often have the logo of a reputable manufacturer on it. These secondhand mattresses are then sold as new. “Some of the mattresses you get from the general public are disgusting,” warns Allsopp. “If you strip the outer polycotton layer off a mattress, underneath it’s just a horror,” Scollick agrees. “That, unsanitised, is going into supposedly brand-new mattresses.”

It is easy to fall victim to mattress scammers: a member of Fitzsimons’ own family was duped. “I was agog!” he says. “In spite of all my stories over the dinner table!” A common scam involves a man with a van – often with the name of a reputable firm on the side – who goes door-to-door in residential neighbourhoods. He was meant to be delivering mattresses to a hotel, he’ll say, but there was a problem with the order, and they have surplus, high-quality mattresses. There’s no space back at the warehouse. Would you like to purchase them cheaply? “It works because people can’t resist a bargain, and don’t ask questions,” Fitzsimons says.

Photo by Gayatri Malhotra on Unsplash