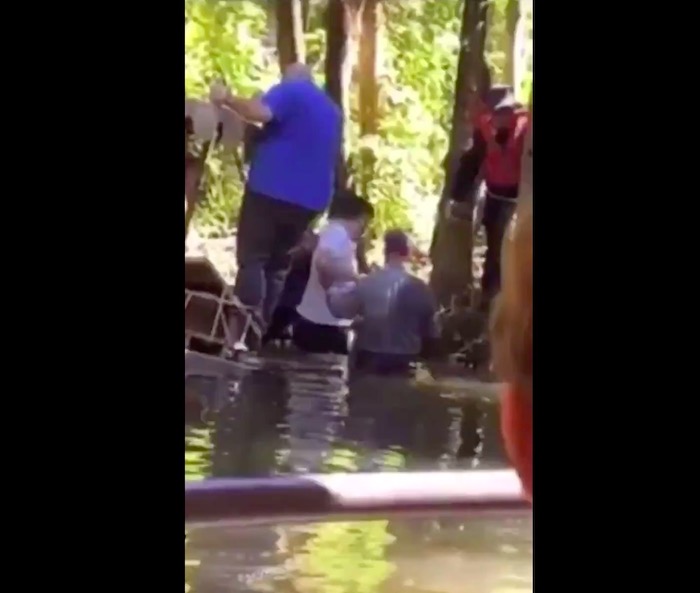 Disney World's Jungle Cruise ride isn't so dull after all. Yesterday, passengers got the ride of a lifetime when their boat began to sink. Some people got soaked up to their waists while staff called the park's Reedy Creek Fire Department. Fortunately the adventurers all made it back onto land as park members helped them climb to safety. They don't call it Adventureland for nothing.