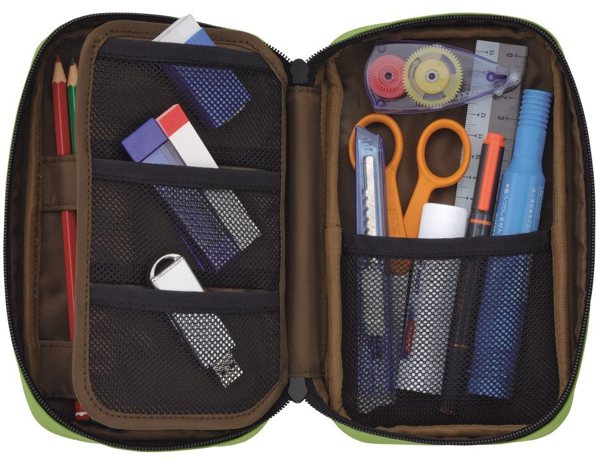 My kids draw every day. I try to join them for an hour or so on the weekends. We store our pencils in these Lihit Lab Teffa "book style" pencil cases (Currently [amazon_link asins='B004WMWCYE' template='PriceLink' store='boingboing' marketplace='US' link_id='346cc717-1892-434e-8cd5-2bb403472313'] on Amazon). Mine contains my pencils, charcoals, lead holder, erasers, snap-blade knife, and reading glasses. It's not large, but it's designed with "pages" to hold your stuff efficiently. Pens and pencils fit behind straps, and smaller stuff can be stashed in the mesh pouches.