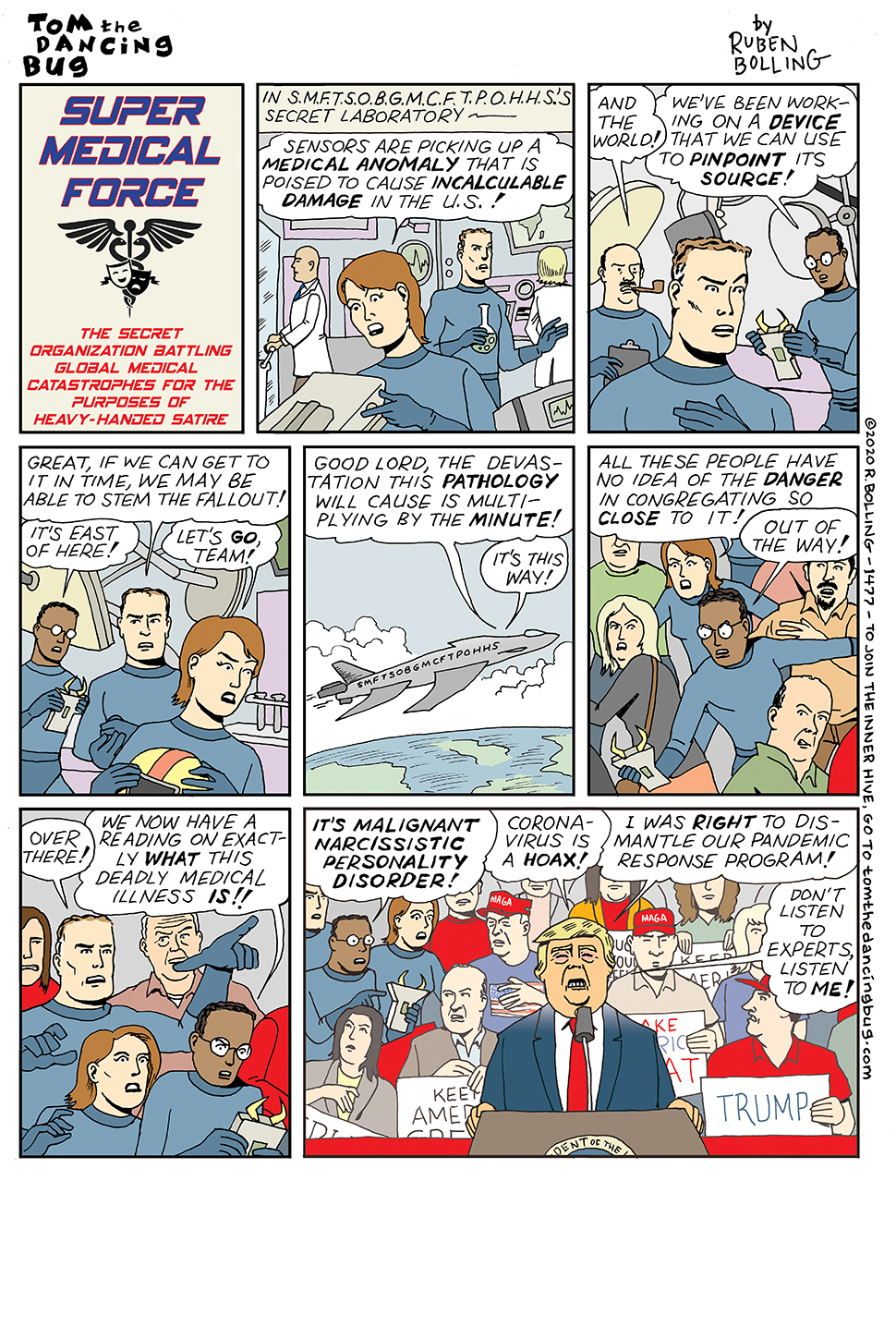 Tom the Dancing Bug, IN WHICH Super Medical Force must track down a catastrophically dangerous illness to save the U.S., and even the world!

Announcing TWO Tom the Dancing Bug books coming in May from Clover Press, in celebration of the comic's upcoming 30th(!) anniversary--> Tom the Dancing Bug: Into the Trumpverse, and The Super-Fun-Pak Comix Reader! Information about the books, including special pre-order offers HERE!

You can pre-order Into the Trumpverse on Amazon here.

"Behold the wondrous, whimsical, witty world that is Tom the Dancing Bug! If you're someone who's not a fan of potent political humor with an incisive absurdist twist that's not only consistently funny, but downright therapeutic for an ailing world, I suggest you avoid this book like the plague. For everyone else, it's a MUST-READ!" -Mark Hamill