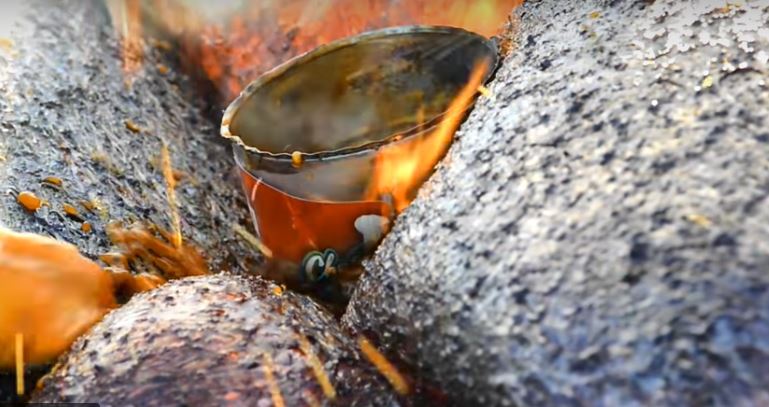 If you ever find yourself hungry in the wild, with only a single can of ravioli and a stream of molten rock at hand, you might be tempted to try using the lava to heat and cook the food. Let this footage serve as a warning to you: the lava also wants to eat the ravioli and retreiving your well-heated dinner might prove a challenge in its own right.

I’ve had quite a few fun afternoons playing with dry ice from making spooky fog in the kitchen to exploding plastic bottles in the yard. But I’ve never had the opportunity to pour hot lava over dry ice. In this video, the lava is 1400 °C and the dry ice is -78C°. So cool! And […]

The small but bright fissure at the left edge of Kilauea’s lava field can already be seen from space via infrared imaging, but it’s dwarfed by the magnitude of previously existing flows.

Tyler Hulett shot “River of Fire” at Kilauea before the previous eruption, but it still stands as some of the best lava timelapse out there.