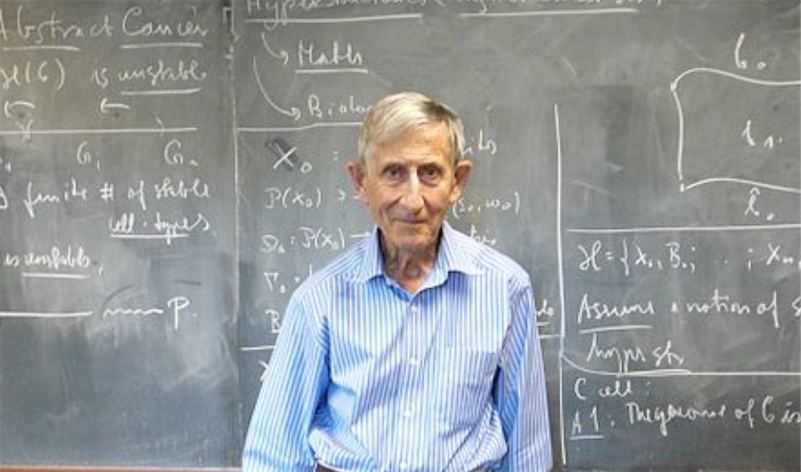 When I interviewed Freeman on stage at OSCON in 2004, along with his son George, the subject strayed to digital preservation. I lamented how much would be lost due to incompatible standards for information storage, and he said, "Oh no, forgetting is so important! It is what gives room for new ideas to come in." This was such a typical Freeman moment: bringing a profoundly fresh perspective to any discussion. Perhaps the most famous example is the paper he wrote in 1949 at the age of 25 making the case that the visualizations of Richard Feynman were mathematically equivalent to the calculations of the more conventional physicists Julian Schwinger and Shin'ichirō Tomonaga, a paper that led to Feynman, Schwinger, and Tomonaga receiving the 1965 Nobel Prize in Physics for the theory of quantum electrodynamics…

After George sent an email to a group of friends about Freeman's death, Danny Hillis replied with a story that seems to perfectly encapsulate this gift of Freeman's for seeing things that others missed. "I visited him recently," Danny wrote, "and we got into a conversation about self-organizing systems. After lunch we climbed up the long stairs to his office, and when we sat down he seemed a bit distracted. I asked him what was wrong. Well, he said, what seemed wrong was that self-gravitating systems have negative specific heat capacity. The thing to do, he said, was to figure out why that was right." When the world doesn't quite make sense, don't brush the offending observations under the rug. Think harder.