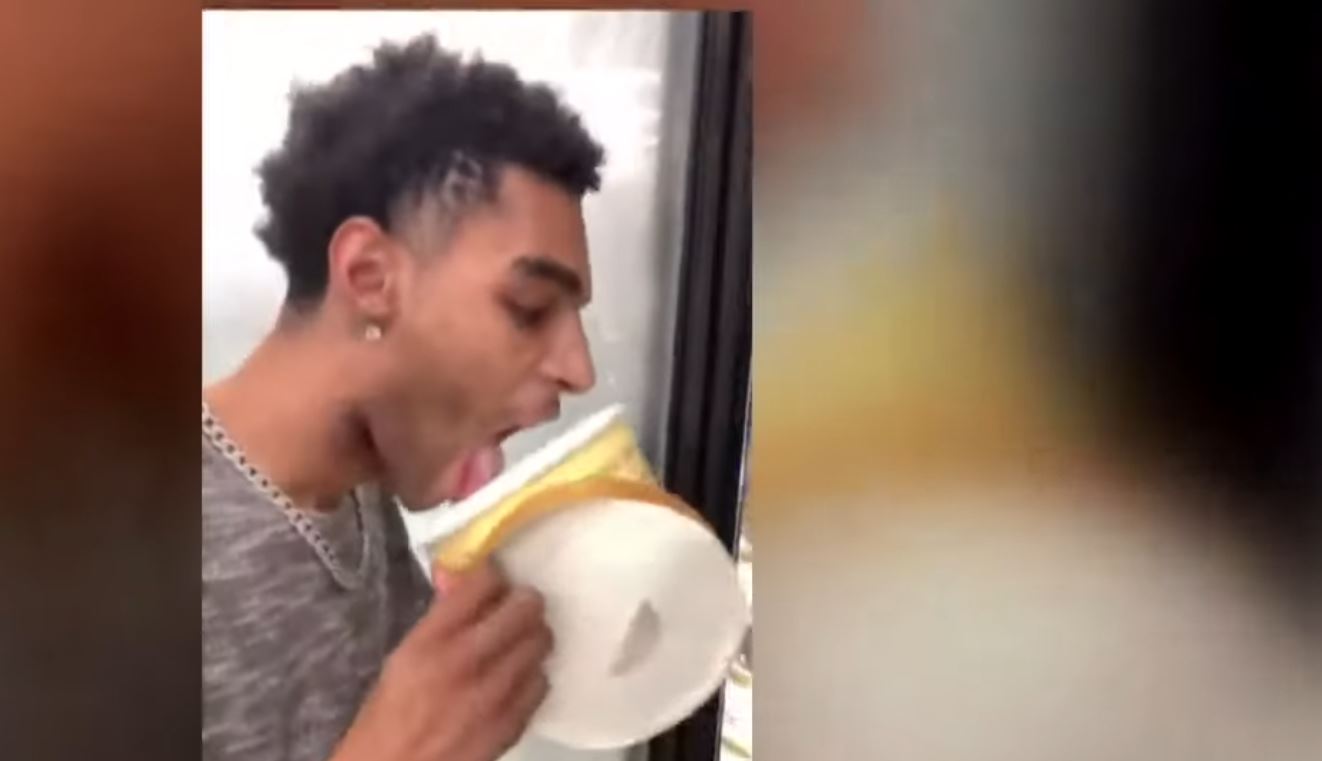 A man will go to jail for the crime of videoing himself licking ice cream and then returning the beslobbered dessert to the freezer, despite checking it out afterwards. The social media stunt earned D’Adrien Anderson, 24, much attention online, but now it's earned him 30 days in jail. He'll also have to pay a $1000 fine and reimburse Blue Bell Creameries, which apparently destroyed the entire freezerful of products.

Security footage proved that after the video ends, Anderson took and paid for the ice cream he licked. But it was to no avail.

The incident happened Aug. 26 at a Walmart in Port Arthur. Store surveillance cameras showed that he finally took the Blue Bell ice cream from the freezer and bought it, which wasn’t captured in the social media video, authorities said. Anderson could have been sentenced to up to a year in jail and fined $4,000 for misdemeanor criminal mischief.

As reported by the A.P., the crime here was partially consuming a product before checking it out -- something a lot of people do every day. I suspect he was prosecuted because his gross viral video made people like District Attorney Bob Wortham experience anger and resentment.