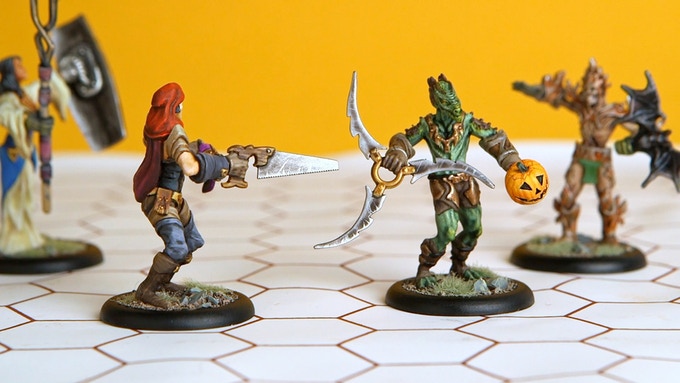 With so many people using miniatures in RPGs these days, and so many cool "miniature agnostic" fantasy skirmish games out there, these sort of modular, design-your-own minis make a lot of sense. For only $20, you can get a figure of your choice and an accessory pack with 15 weapons and other items. That seems like a great deal to me and a great way to get your feet wet with this type of game technology.

Sampla is a sustainable footwear startup from Ireland, and in their current Kickstarter campaign, they’re offering a new pair of animal-friendly shoes made from … apples?! Rethinking the classic tennis shoe, the upper material of our shoe is made from a vegan material called AppleSkin™. It is made using repurposed apple waste from the juice […]

My multitalented friend Cooper Bates is the co-founder of Hint Mint (which features artists’ work on mint tins), a stage performer, and a photographer. He’s got a new project on Kickstarter, and I signed up for it. It’s a deck of conversation/introspection cards called “I Think Therefore I Question.” From the Kickstarter description: I Think […]