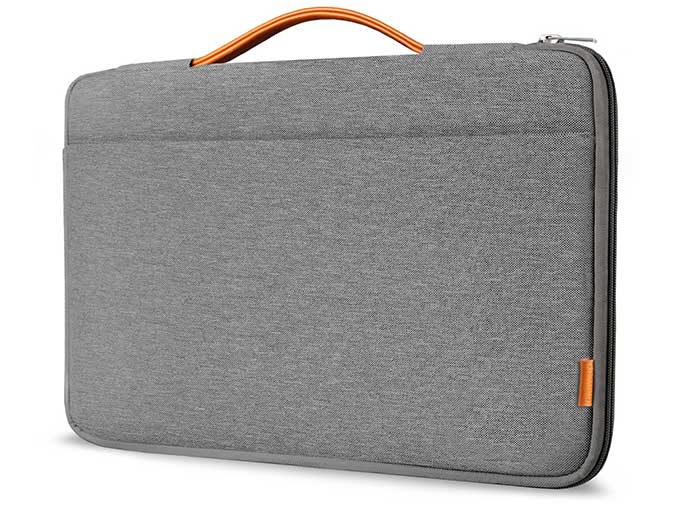 I bought this Inateck Laptop Sleeve Case for my 13-inch MacBook Pro. I wanted something well-padded, with a handle and a separate pouch to store the charger. This one fit the bill. It's not much bigger than than the laptop, so it doesn't take up a lot of room in a suitcase.