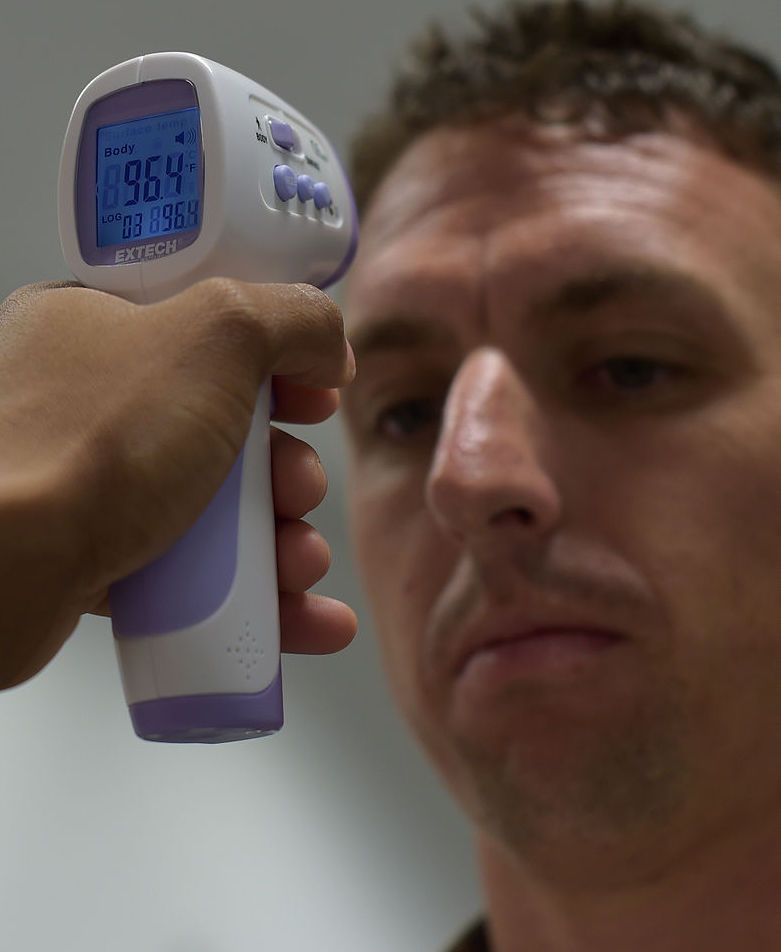 If you want to eat at Sichuan Impression, a small chain of restaurants in Los Angeles, don't show up with a fever (and please don't show up anywhere with a fever!). Since mid-January, the restaurant has stopped customers from entering until they have their temperature taken – with an infrared thermometer to avoid body contact.

According to the Los Angeles Times:

If someone is running a fever or exhibits other abnormal symptoms, employees help them contact medical services.

Those who refuse to have their temperature checked are declined service.

“We at Sichuan Impression respect and enjoy having our guests who come from all corners of the world,” the restaurant wrote in a Jan. 26 Instagram post. “Offering you a healthy and safe dining environment is also upheld as our top priority.”

For those not wanting to take any chances, Sichuan Impression, which is located in West LA, Alhambra, and Tustin, offers to-go food at a discount.

“Over a period of time we will get a good vaccine,” says Dr. Anthony Fauci

British Prime Minister Boris Johnson was admitted to intensive care this afternoon after his condition deteriorated Monday. Johnson, who announced he was infected with the coronavirus 10 days ago, continued working in isolation until Sunday, when he was taken to hospital after symptoms failed to abate. It is understood Johnson was moved to the intensive […]