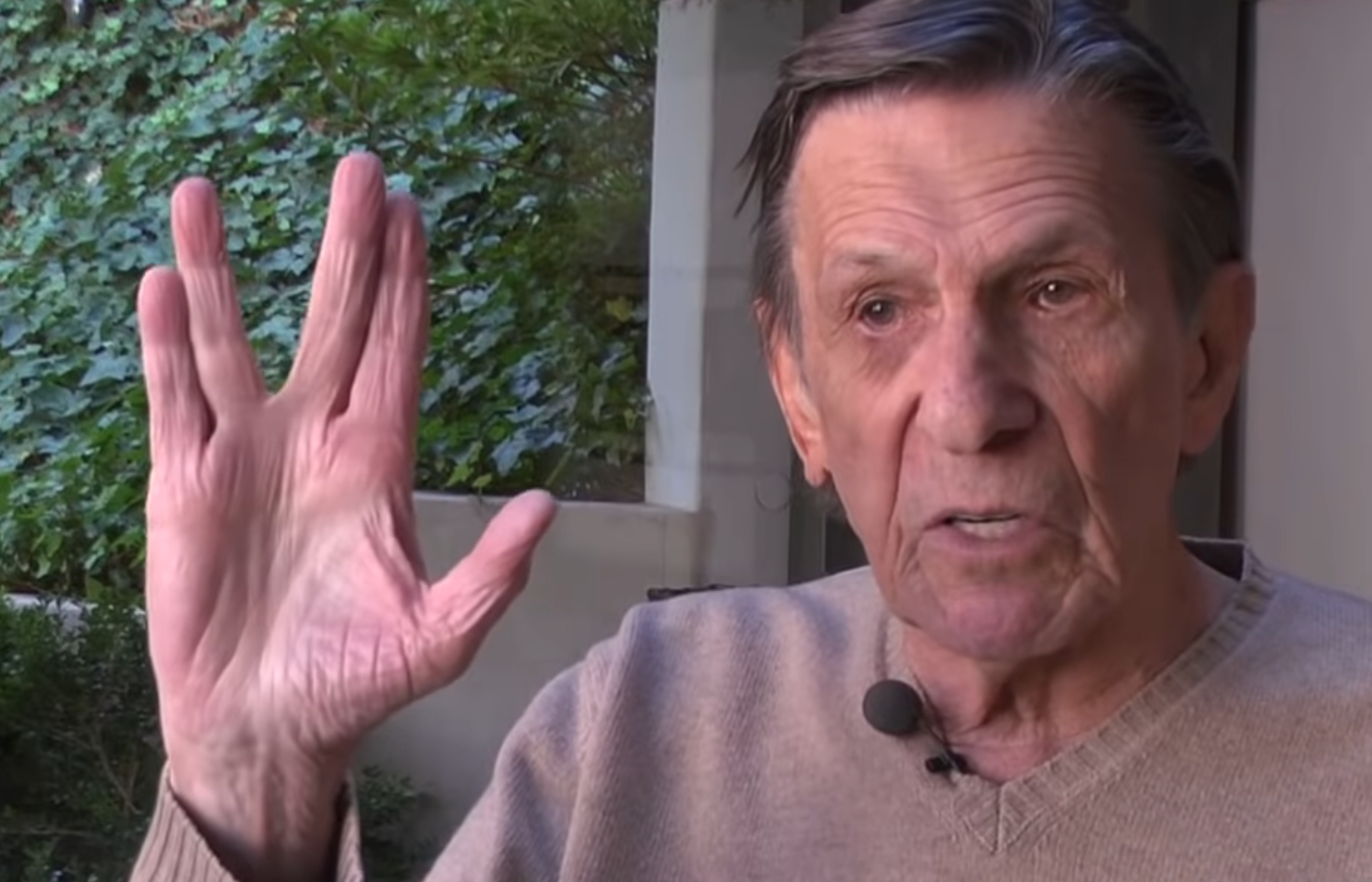 In this CNet piece, Gael Fashingbauer Cooper poses the question: should the "Live Long and Prosper" Vulcan greeting replace handshakes in the coronavirus era?

Hell, yes! Let's do this thing.

I've also seen the suggestion that we do the Hindu "Namaste" greeting. I like the Vulcan salute much better.

One of the things you may not know about the Vulcan greeting is that Leonard Nimoy himself came up with it, based on a secret benediction he had witnessed in Temple as a child. He was not supposed to look. He looked and saw the Rabbis giving the congregation this salute. He later found out that it represents the Hebrew letter, Shin, and that it is an invocation of the Shekhinah, the female aspect of God.

When it came time on the set of Star Trek to dream up some Vulcan greeting the first time Spock returns to his home planet, this V gesture was the first thing Nimoy thought of. Here he is telling the story of these origins.

It is amazing to realize that, all of these decades, we have been invoking the female aspect of God whenever we flash the Vulcan greeting. I don't know about you, but I think we could use more of such blessings right about now.

May you wash your hands (20 seconds, people!), not touch your face, and may you Live Long and Prosper.