What happens to hotel soap 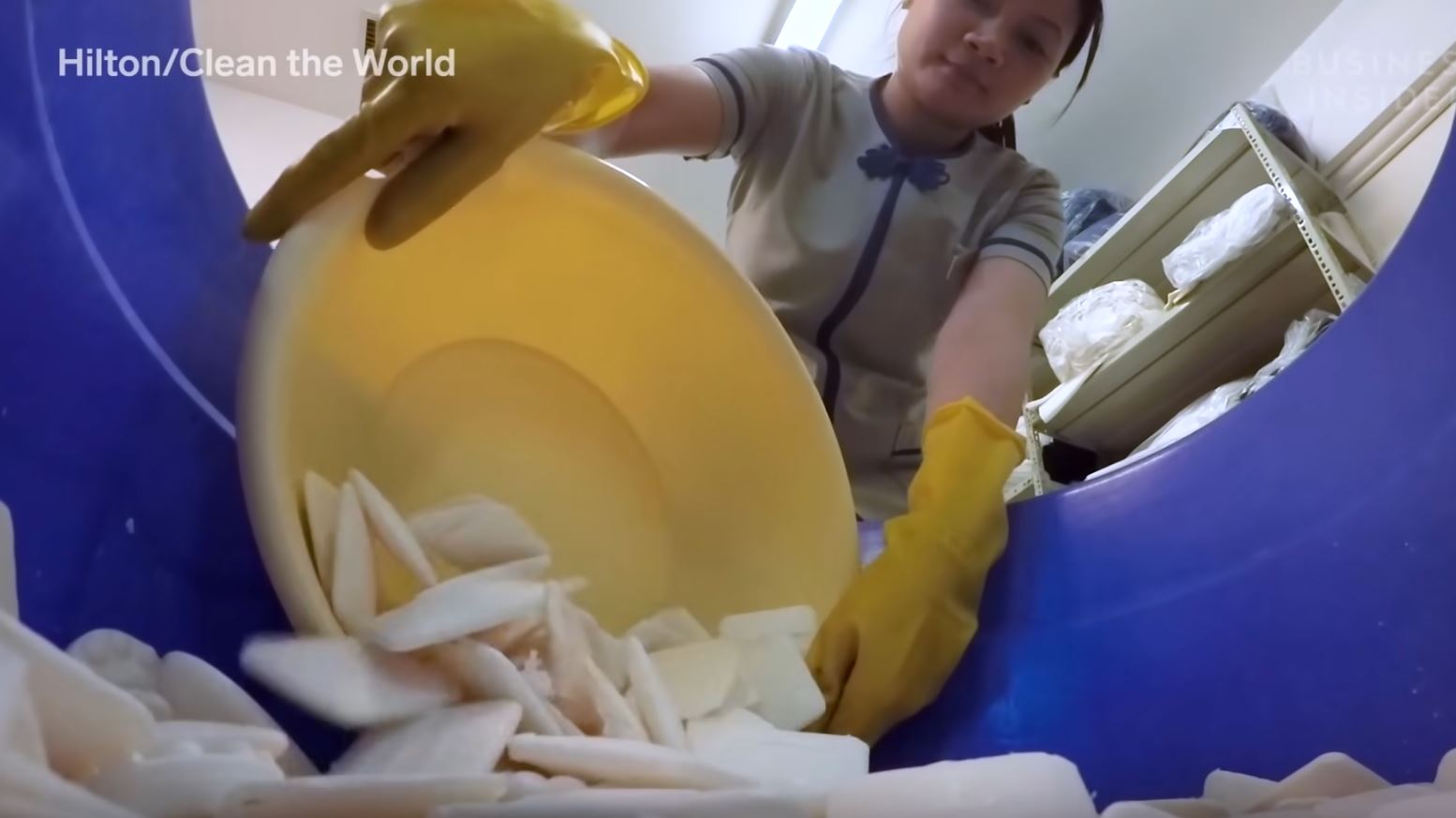 What happens to the lightly-used blocks of hand soap, lotion and shampoo left in hotel rooms? They used to go in the trash, but in recent years a recycling program has taken off and sends sterilized, recycled bars and bottles to homeless shelters and foreign aid programs. Clean the World partners with Hyatt, Hilton, Marriott, Disney and other resort chains and has made 50 million bars of soap in 11 years. In this video, Tech Insider takes a tour of the program.

Take a deep dive into the ASMR world of soap carving

Carving soap bars into tiny cubes is apparently so satisfying visually and aurally that there’s a whole series of videos depicting its many pleasures.

I’ve got nothing. Just… just watch this.