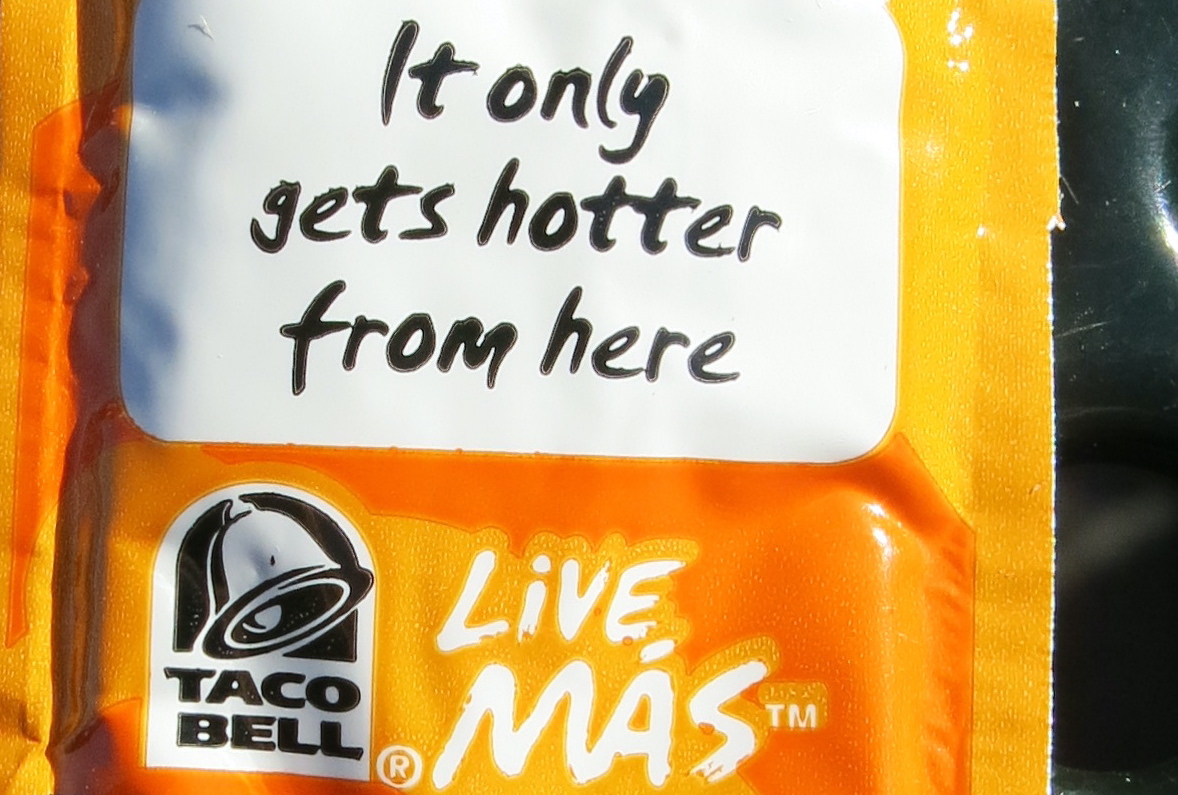 Taco Bell Quarterly is not affiliated with Taco Bell. It also has no profit model, and admits on its own website that it cannot even get extra sauce at the Taco Bell drive-thru.

It does, however, still pride itself as being, "the literary magazine for the Taco Bell Arts and Letters."

We’re a reaction against everything. The gatekeepers. The taste-makers. The hipsters. Health food. Artists Who Wear Cute Scarves. Bitch-ass Wendy’s. We seek to demystify what it means to literary, artistic, important, and elite.

Perhaps a better descriptor comes from their Submissions page, under the highly-detailed header, "This next guideline contains a really random Puff Daddy reference."

We have a vision of unleashing unruly, Tolkien-esque tomes, like a Puff Daddy and the Family three disc set. Let’s drop mad volumes, intense, scary, 750-page chalupa bombs of beautiful-ass energy and love about Taco Bell. Generations of readers will read it in book clubs or on the toilet.

Taco Bell Quarterly is the brainchild of MM Carrigan, a Baltimore-based writer who recently published some Kafka-esque work on Teddy Ruxpin at the Rumpus. Carrigan has so far published 2 volumes of work under the Taco Bell Quarterly brand, and (unpaid) submissions are open for a third volume to follow. (I am slightly disappointed that there's a 1500 word limit — my own short stories tend towards the longer side.)

So while this literary magazine is currently an independent venture, I think Taco Bell would be fools to not to try to capitalize on it by sponsoring my art in the world.

If you'd like to be a patron of the Taco Arts, the Quarterly is currently selling a rare medallion made from a Snapple bottle cap for $695 (plus free shipping) in order to subsidize their artistic ambitions. I'm sure you could reach out to them for other ways to support this endeavor, too.