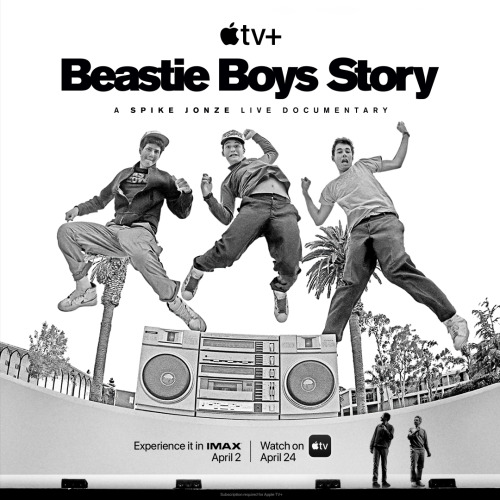 The Beastie Boys Story drops on April 24 via Apple TV+, as previously reported. But now it's been announced that this Spike Jonze-directed "live documentary experience" will show first on 19 U.S. IMAX screens beginning in early April.

Apple and IMAX are proud to present “Beastie Boys Story” in the IMAX Experience. This limited series event includes a special IMAX version of the film, where Beastie Boys Mike Diamond and Adam Horovitz tell you an intimate, personal story of their band and 40 years of friendship in this live documentary experience directed by their longtime friend and collaborator, filmmaker Spike Jonze. Each night features a unique experience with Adrock, Mike D, Spike Jonze & very special guests.