Learn how to master Final Cut Pro X for just $15 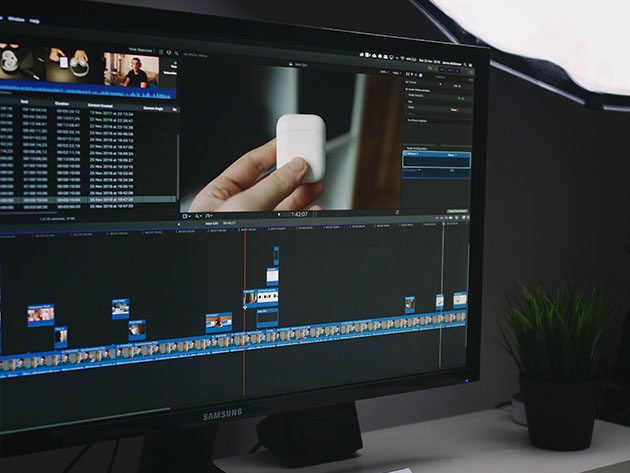 Other than the fact that these were all giant movies with either massive critical or box office appeal, these films don’t appear to have a lot in common on the surface.

But once you scratch that surface, you’ll find that all four, as well as hundreds of other major motion pictures, were entirely cut and edited using Final Cut Pro. In fact, two of those films actually received Academy Awards for their editing work (we’ll let you try to figure out which ones).

Final Cut Pro has been and remains a Hollywood staple for everyone from students to award-winning professionals. Now, we don’t expect you to win an Oscar for your work, but The Complete Final Cut Pro X Course - Beginner to Intermediate can give even first-time editors the experience needed to use this vastly power software to its ultimate potential.

The training starts from the absolute beginning as new editors get familiar with importing footage, timelines, hotkeys, and all the basics to start assembling a video. However, it won’t take long before new users are skilled enough to start adding transitions, basic visual effects, music and a host of other artistic touches to start making your film look and feel like a professional production.

From there, learners can begin to really elevate their game, using some of the same advanced Final Cut Pro X functions that those multi-million dollar blockbusters use. Training in color grading, exposures, masks and even how to build your own key-frame animation can help you replicate virtually any tone you want to create for your video.

Just a quick note that this training does not include the Final Cut Pro X software itself, but if you’re getting access to the app, this course is an expert way to become an expert.

Even if you aren’t a born filmmaker, video editing skills are useful in virtually any profession these days, so this $200 training course, now available for only $14.99, is a small investment with a big return. Kinda like the original Paranormal Activity.