Get a factory recertified Microsoft Surface Pro for less than $920 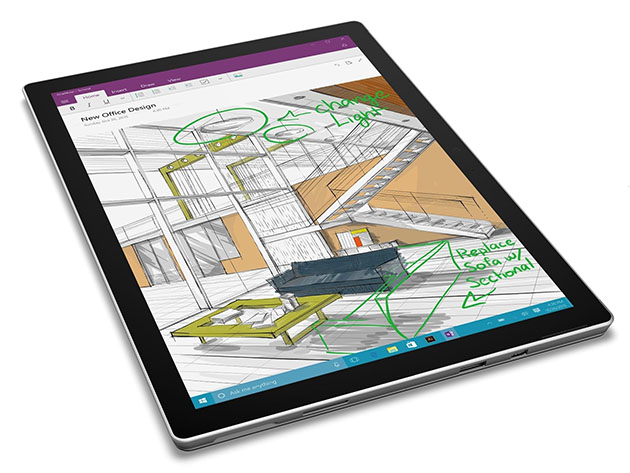 Spring may not officially start for a few more days in the northern hemisphere, but Microsoft has been getting a jump on spring cleaning in recent weeks. The tech giant has been blowing out truckloads of factory recertified products at big discounts off their regular price, so it’s a great way to bolster your device arsenal while keeping more dollars in your pocket.

This time around, Seattle’s own is offering up a true gem, a fully certified Microsoft Surface Pro 4 tablet that’s actually even got enough juice to potentially replace your trusty old laptop. And at $912.99, it’s almost 50 percent off its retail price of $1,699.99.

TechRadar just called the Surface Pro 4 an influential device that, despite its elder statesmen status in the Surface family, is still an “excellent device” when placed shoulder-to-shoulder with Microsoft’s latest releases and “a brilliant first choice for creative professionals on the go.”

A look at the specs makes that claim understandable, with a powerful 6th gen Intel Core i7 processor that’s more than capable of sizzling through projects even with multiple apps in use.

Probably the Surface Pro 4’s most distinctive feature is its crystal clear 12.3-inch PixelSense display offering ultra HD resolution and a super-responsive touch screen that still blows away many newer tablets. Couple that screen with the stereo front-firing speakers and it’s a fabulous alternative for those who love to devour movies and other web content for hours.

With a spacious 512GB hard drive and up to 9 hours of battery life, this is a top-quality tablet-laptop hybrid that will have you looking pretty smart, especially if someone knows how much you paid.

As for any worries about a factory recertified item, buyers are fully covered. All factory recertified units are thoroughly inspected, restored and rigorously tested by Microsoft for any imperfections. And to make sure your fears are soothed, your Microsoft warranty is fully reset against any future issues.

At $1,699, it’s a fair deal, but taking another almost $800 off the total down to $912.99 should make this an attractive and cost-effective option if you’re looking for a tablet.