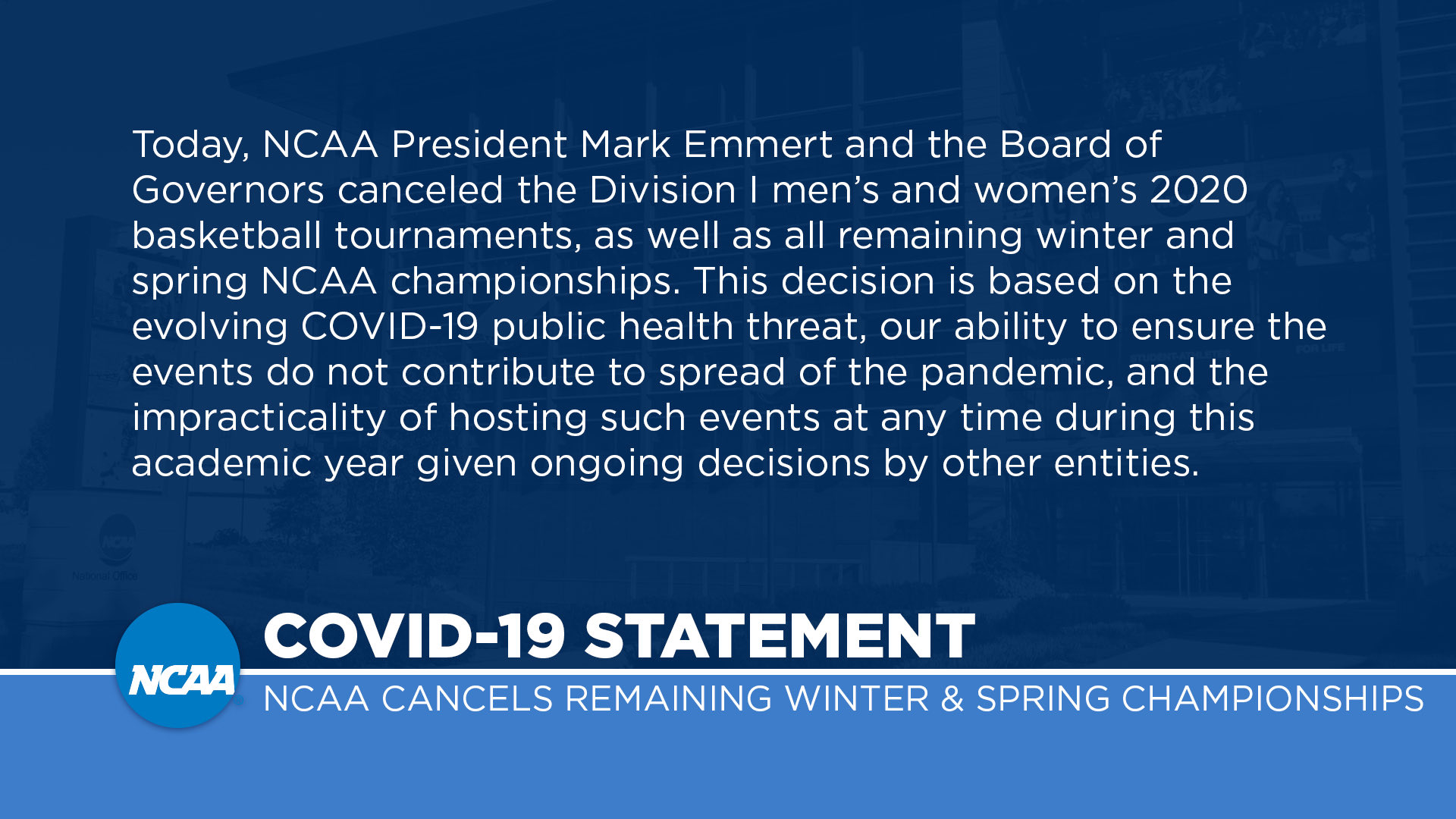 Citing “the COVID-19 public health threat,” the NCAA is canceling March Madness and all other winter and spring men's and women's college basketball tournaments amid a growing coronavirus pandemic.

MARCH MADNESS has been cancelled due to coronavirus pic.twitter.com/rEOyQsynHt

NCAA has just canceled the men's and women's basketball tournaments altogether. Seemed inevitable. Hard to imagine such a tournament without Kansas and Duke. https://t.co/ppKP54pAvL

THE 2020 NCAA MEN’S & WOMEN’S TOURNAMENTS HAVE BEEN CANCELED pic.twitter.com/SV3vMqCyXE

Breaking News: The NCAA has canceled its March Madness tournaments because of the coronavirus. Follow live updates on how the pandemic is affecting the U.S.https://t.co/jmTJTSHFZx