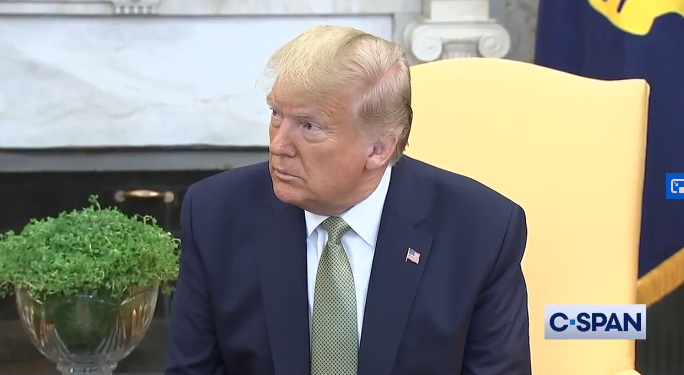 Having inspired a stock market sell-off and widespread panic with a bizarre, lie-filled speech last night, Trump is at it again today with the coronavirus blunders.

Said Donald John Trump just now to reporters, on the subject of the COVID-19 pandemic:

President Trump on canceling rallies: "We need a little separation until such time as this goes away. It's going to go away." pic.twitter.com/hOHIS0eIH8

The full dump of word salad:

We are so screwed.