This creative writing training will help you become a literary wordsmith 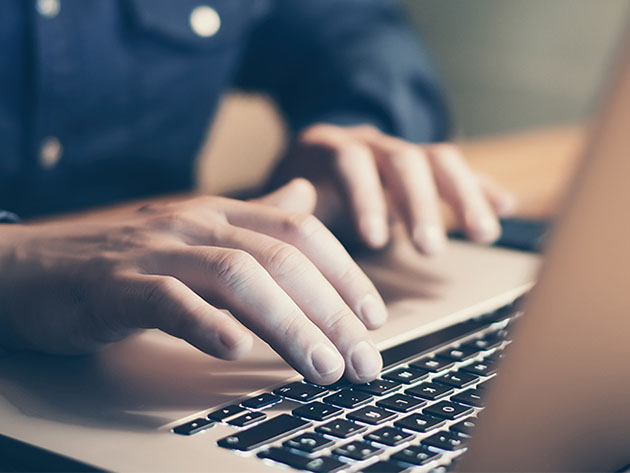 Creative writing can be a nerve-racking endeavor. It’s just you, your thoughts and that very, very blank page or word doc. You might have an idea for the story you want to tell, but what form does that story take? A novel? A short story? An article? Maybe even a blog post?

Writing your story isn’t as simple as simply writing your story. However, you can start answering those tough questions and steering your creative output in the right direction with the truly massive Ultimate Creative Writing Course Bundle.

It’s a 10-course package that includes an almost ridiculously giant 1,500 hours of hands-on training. Yeah, 1,500. That’s over 62 days worth of materials aimed at making you a better writer. Of course, we don’t advise taking it all at once (you’d be mighty tired by the end!), but it’s nice to know how much quality instruction is available to devour at your own pace.

After you explore the mindset of professional writers and test yourself out in a variety of creative projects with the introductory Creative Writing course, then you can start digging into a whole universe of writing sub-genres.

If you want to write the next Great American Novel, Novel Writing can help you shape plotlines, characters, scenarios and more. If you’re more interested in telling real-world stories, you can flex those muscles and find out what makes for a solid news story with the Freelance Journalism course. Or if you’ve ever had dreams of writing about life on the road, there are a pair of Travel Writing and Travel Blogging courses that can light the way for that pursuit.

The kids need stuff to read too, so if you’ve ever wanted to expand young minds, there’s also a Writing Books for Children deep-dive to sample. And heck, there’s even 150 hours of training in the fine art of Calligraphy scripting to bring out every ounce of your creative talent.

In addition to all those creative avenues, you’ll also get worked out in some of the more practical writing disciplines, including how to build a career in Freelance Writing, the best methods for DIY projects in the Self Publishing course, and even a view from the other side of the desk in Proofreading and Editing.

With all that content, you better get started now — and the entire package, an over $1,650 value, is also priced for any writing level at just $29.99.