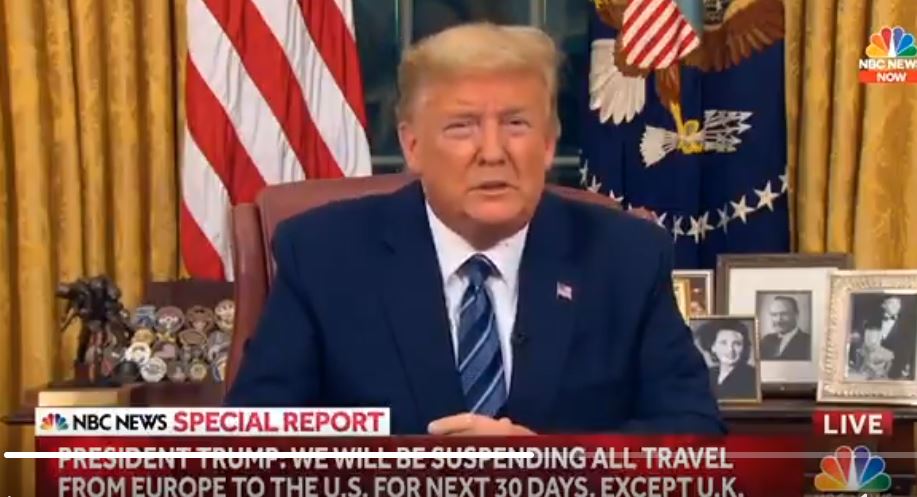 Impeached U.S. President and noted pathological liar Donald John Trump, after coming into close contact with coronavirus last weekend, has tested negative for the contagion that causes the potentially deadly disease COVID-19, according to his physician who administered a test last night.

Seems worth noting that Trump's physician is not an M.D., as is customary, but a doctor of osteopathy.

Hope the negative results are and remain true -- and that he remains in good health during the coronavirus pandemic.

But there's a long history of false statements to contend with.

And lots of weird missing facts and weasel words.

No word on when exactly the test was administered, precisely what test... the preliminary one that global epidemiologists and public health experts are using, or the confirming/secondary one? Lots of missing details.

Reporting and reactions from journalists and others on Twitter, below.

President Trump after coming into close contact with coronavirus last weekend tested negative for the contagion, according to his physician who administered the test last night.

Trump’s test is negative for coronavirus, per memo from White House physician.

TRUMP TEST NEGATIVE FOR CORONAVIRUS. Despite contact with multiple individuals who came back as positive, the president’s physician provided this result. pic.twitter.com/mBIVonduhH

Trump’s doctor says he tested negative for the coronavirus. Details pretty unclear as to when the test occured and if it was a preliminary test.https://t.co/CSSoOcsc3p