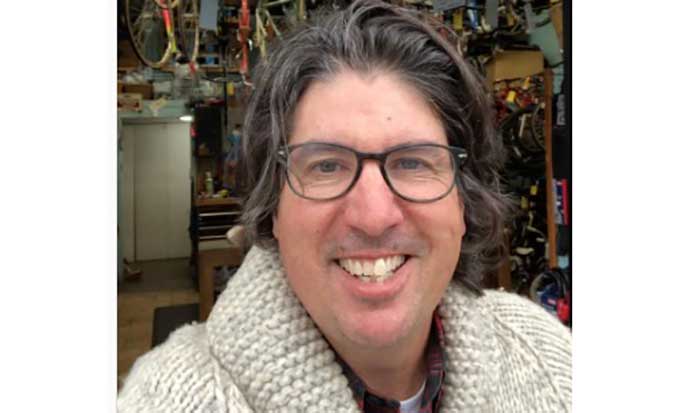 Maker icon and Boing Boing friend, Mister Jalopy, is one of my all-time favorite outside-the-box thinkers. David Letterman used to be fond of saying: "He (or she) ain't hooked up right." He always meant it as a compliment -- someone who marched to their own drummer, someone unvarnished, someone who didn't succumb to habituated thinking. Mister Jalopy ain't hooked up right.

In this Instagram video, he announces that his store, Coco's Variety, LA's most idiosyncratic bike shop, will remain open where so many other stores are closing. They are going old-timey and setting up a counter in the entrance to the store. Customers will approach the counter, request what they want, and the staff will bring purchases to them. They will also still work on your bike (if you're willing to have it washed in disinfectant first).

It will be interesting to see what other retailers do creatively to remain open. This is an inspiring start.

Coco’s is trying to keep the doors open to keep the wheels turning. Unprecedented times in which cycling becomes more important, not less so.