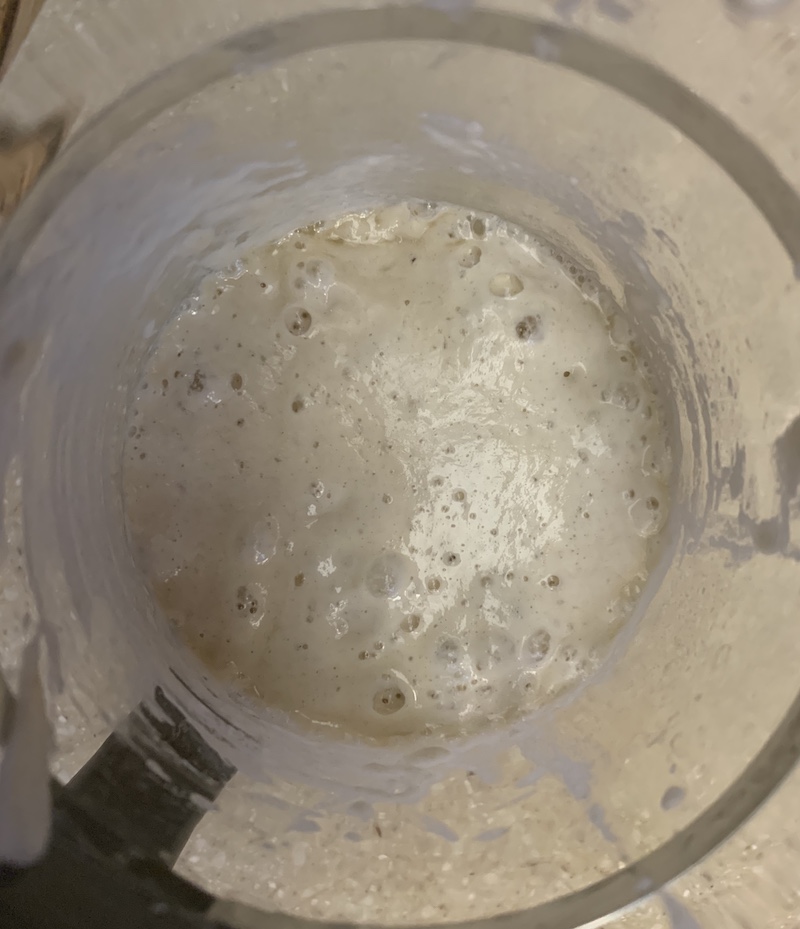 Day 2 and my starter is looking really good!

After 24 hrs of sitting the ½ cup of water and ½ cup of Signature Select pre-sifted All-Purpose enriched and bleached flour looked like a blob of wet flour. I added another ½ cup of each, mixed it up and set it back on the counter.

24 hours later the blob had fluffed up quite a bit and doubled in size. I had not expected to see this much activity fast -- but I have baked a lot in this kitchen over the last 6 or 7 months or maybe the air here is packed with good yeasts.

I added another ½ cup of warm water and a ½ cup of flour. Tomorrow I will probably use 1 cup of the starter for something non-risky like pretzels and continue to feed the mother.

About 2.5 hrs after I fed the starter it looks pretty great. I will make pretzels later:

baking / sourdough / what to do during a pandemic / yeast