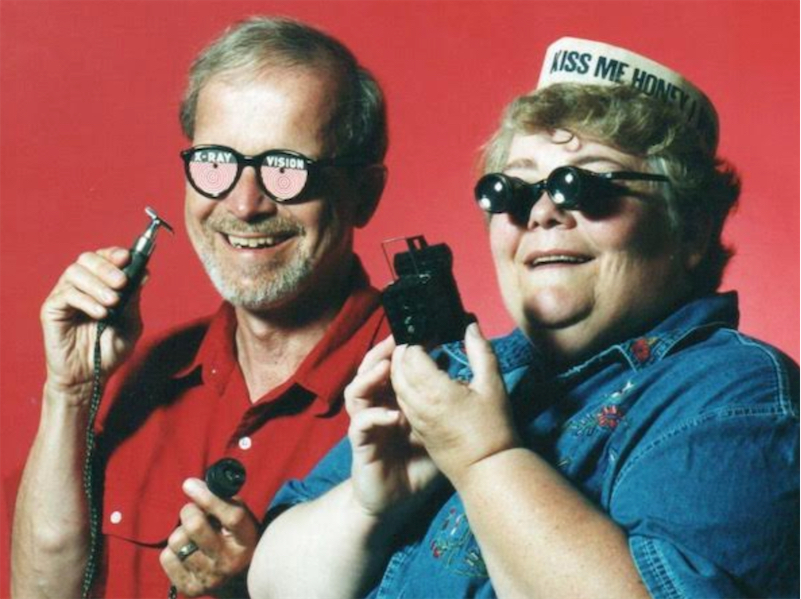 “We have the Tark Electric Razor, which is a scary thing for me,” Mardi says. “You put razor blades in it, you plug it in, and the thing vibrates. Now, would you want to put that on your face if you were a man? I don’t think so. But that was a novelty at the time...”

The intentional humor is also revealing. While fart jokes transcend time, other wisecracks and gags are specific to their eras. Today, many of us would be unsettled by the racial caricatures, ethnic stereotypes, ableism, cruelty about physical appearance, and overt objectifying of women that you see in early Johnson Smith joke books and pranks.

“Our collection gives us insight into day-to-day, regular folks—what they were interested in and what was funny to them,” Mardi says. “It’s American culture. It’s our history. That’s what’s important about this collection. It’s not just the stuff, but what the stuff represents.”