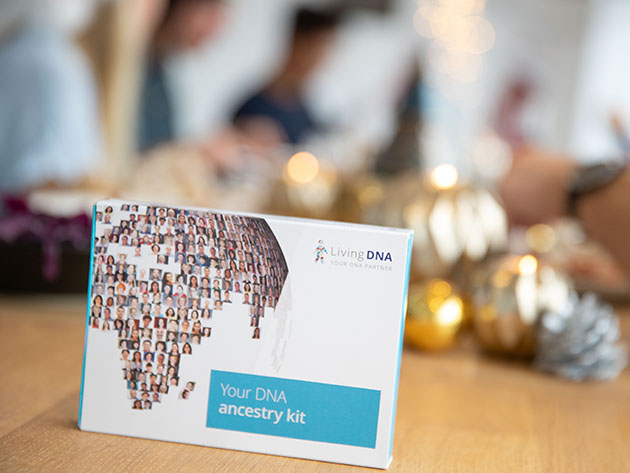 For many, the results of a basic DNA test done by one of the major genealogy companies will satisfy their curiosity. Those findings give users the chance to see where they’re from, maybe discover basic health markers they should know and possibly learn about a 4th or 5th cousin or two.  And that’s usually as far as many users need to go.

However, some users are looking for even more precise reading of their genes for an ultra-detailed picture of their family’s origins. When finding out about your genealogical ethnic percentages just isn’t enough, you may want to step up to a more comprehensive DNA analysis from a company like Living DNA.

Devised through a collaboration of more than 100 scientists, researchers and genetic experts, Living DNA touts their tests as the “most advanced DNA test” around -- and when a company promises to trace your roots back 80,000 years, that’s a tough claim to refute.

With one of their specialist ancestry tests, Living DNA zeroes in on you, spanning over 150 regions across the globe to trace your most likely lineage from your ancestors’ migration from Africa thousands of years ago right up to the present time.

And by the present time, we mean the past 500 years, which includes sub-regional breakdowns to present all the extra detail on you available.

Delivered through an intuitive interactive online platform, you can go deep on every aspect of your history. The 3-in-1 test not only allows you to trace your own direct ancestry back at least 10 generations but also get a complete look at full bloodlines dating back centuries on both maternal and paternal sides of your family. However, we should warn that if you don't carry the Y chromosome, you'll only get information in the first two areas.

With many concerned about what could happen after supplying their DNA to a private company, Living DNA has distinguished itself from competitors by guaranteeing private DNA information will never be shared with any outside parties without the user’s consent. You can also opt-out at any time and have all your information removed from Living DNA’s system.