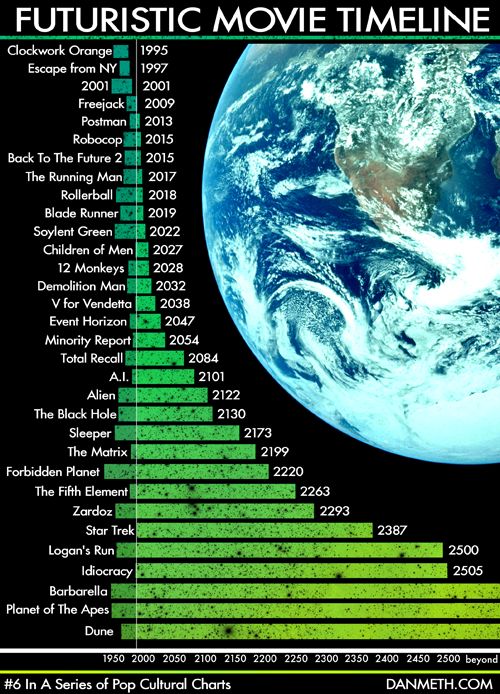 Artist and illustrator, Dan Meth, created this graphic years ago as part of his Pop Culture Charts series. Next stop: Soylent Green!