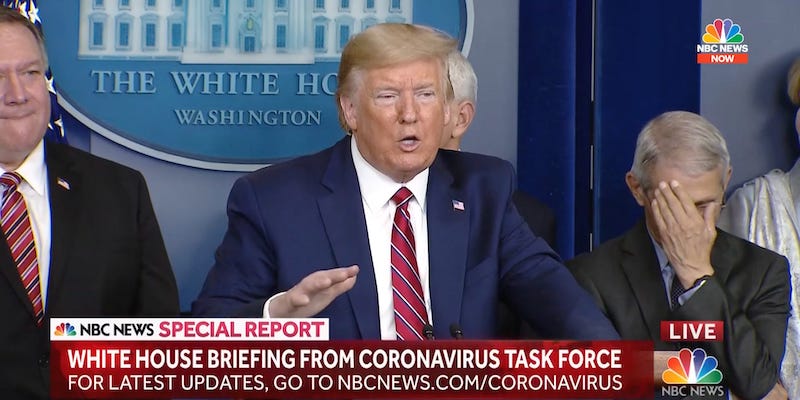 A: The way it happened is that after he made that statement [suggesting China could have revealed the discovery of a new coronavirus three to four months earlier], I told the appropriate people, it doesn't comport, because two or three months earlier would have been September. The next time they sit down with him and talk about what he’s going to say, they will say, by the way, Mr. President, be careful about this and don't say that. But I can't jump in front of the microphone and push him down. OK, he said it. Let's try and get it corrected for the next time.

Q: You have not said China virus. [Trump frequently calls the cause of the spreading illness, known as coronavirus disease 2019 (COVID-19) a “China virus” or a “Chinese virus.”]?

Q. And you never will, will you?