Winner of the creepiest Covid-19 tweet goes to this gentleman 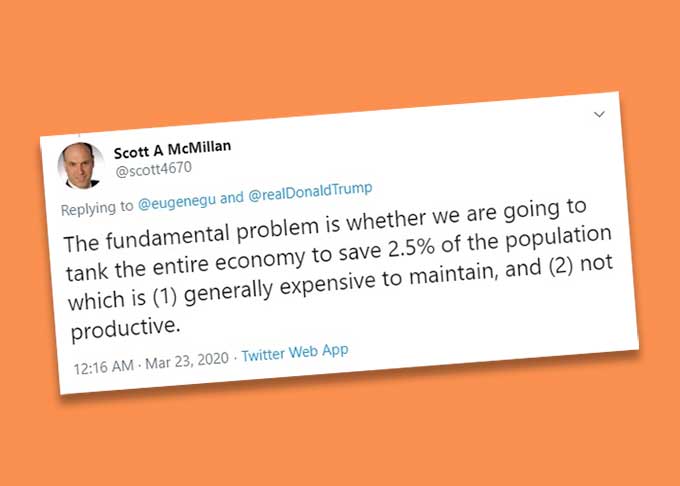 One death is a tragedy; a million deaths is an economic policy.https://t.co/QuP4iNSEbD