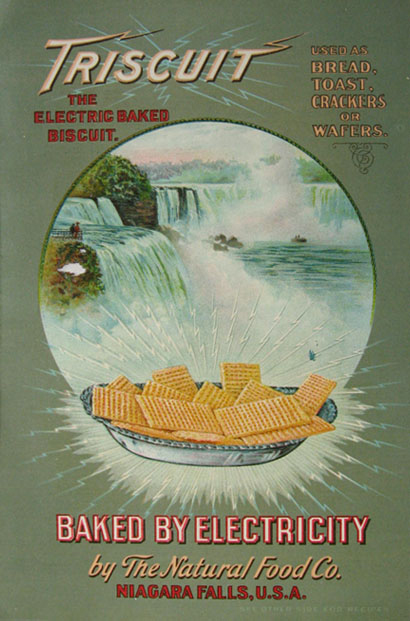 Triscuits. In this staple of American snacking life, what does the "Tri" stand for? One assumes, perhaps, that it refers to there being three layers, ingredients or some other triple quality of the snack itself. Sage Boggs emailed Nabisco, and amazingly Nabisco itself no longer remembers — it acquired Triscuit's manufacturer in 1928 and the records are long gone — but it does assert that the Tri is not a reference to "triple" or other three-related terms.

Boggs sleuthed it out based on the 1903 ad embedded above; read his Twitter thread for the spoiler.

OK, buckle up. I wanna talk to you about Triscuit. pic.twitter.com/Tg7334OSbc