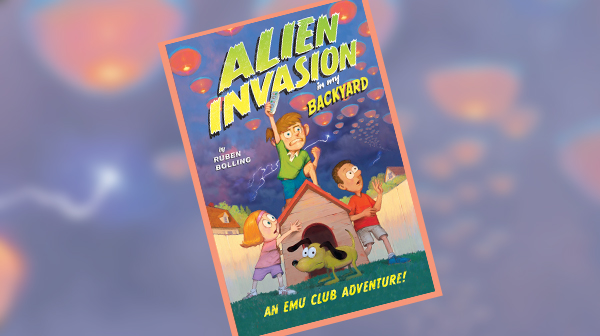 To do far less than my part in helping families in quarantine/home isolation, I'm offering a FREE download of the first book in my book series for kids, The EMU Club Adventures: Alien Invasion in My Backyard, for anyone who wants it.

Info for downloading the pdf of the book is at THIS LINK.

The book was first released in 2015, and here are a few endorsements:

"Ruben Bolling is one of my cartooning heroes, and The EMU Club Adventures is seriously, mysteriously funny!"
- Jeff Kinney, Diary of a Wimpy Kid

"There's no mystery—the EMU Club is a hit! This is a fun, funny adventure that kids will love to read."
—Lincoln Peirce, Big Nate

"The EMU Club inhabits exactly the world I always hoped to live in when I was 12, when the answer to questions like 'Where did I put my toy' led inevitably to alien conspiracies and secret underground tunnels. A book for the curious and adventurous!"
- Cory Doctorow

I hope your kids have some fun with it. Maybe you will too.

In a week, I'm going to provide a link to download the second book in the series, Ghostly Thief of Time. Also for free.