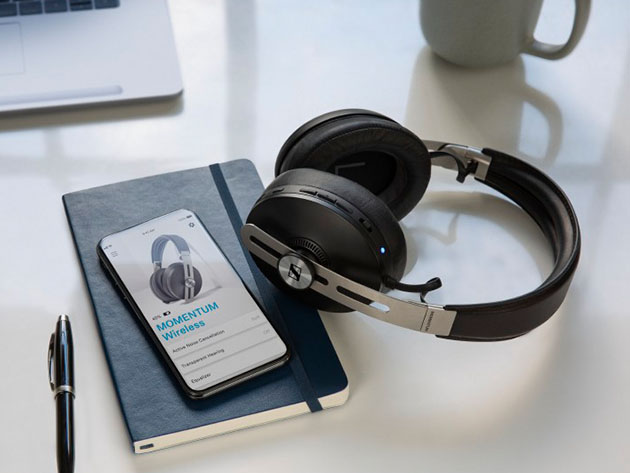 Odds are, you picked your home as the best location to hang up your business outfits so you could relax and enjoy your off-hours in peace and comfort. Unfortunately, worlds are now colliding. In many cases, your home is now also your place of business. And trying to finish reports or make calls doesn’t always mesh with screaming kids, barking dogs, your neighbor’s leaf blower and the other sounds of suburbia.

If you can’t get away from the distractions, you might at least be able to pretend the distractions don’t exist with a solid pair of over-the-ear headphones to block out the outside world when you’re trying to focus.

From big-name brands like Sony and Sennheiser to boutique brands, we’ve assembled 20 headphone models geared for every type of shopper.

For the bargain hunter: Under $40

Sometimes, you just need a solid pair of headphones that work great on a limited budget. Thankfully, Sony is offering deals on open box items, which are usually just excess store inventory, all verified as still in new condition.

You’ll almost never find over-ear Sony headphones for under $20, but at almost half off, the Sony ZX110AP Extra Bass Headphones (Open Box) ($16.99; originally $29.99) are a steal. They sync to any smartphone to handle all listening or call making needs with punchy 1.38-inch dome drivers powering the music.

If you’re chasing a  deep, powerful bass experience, the Sony MDR-XB450AP Extra Bass Headphones (Open Box) ($29.99; originally $79.99) deliver with Bass Booster, which can focus your listening on thumping bass lines and put them front and center in your music. As for portability, the Sony ZX220BT Wireless On-Ear Bluetooth Headphones (Open Box) ($34.99; originally $79.99) sport a swivel founding design so they can be easily slipped into a suitcase or bag without eating up loads of space.

For those who don’t like to feel tethered to their device, the TRNDlabs Ventura Wireless Headphones ($34.99; originally $99) offers you some space with a Bluetooth range of over 30 feet to enjoy your sounds without dropping connection.

And since the outside world is now often more distracting than ever, the 1Voice AXR Active Noise-Cancelling Bluetooth Headphones ($39.97; originally $199.99) have built-in noise-canceling features, which block out up to 90 percent of outside audio for a fully immersive sound experience.

Whether you’re going wireless or plugged in, the Avantree ANC031 Active Noise Cancelling Wireless Headphones ($59.99; originally $69.99) combine the elimination of distracting low-frequency background noise with an extended battery life of up to 28 hours of listening time.

The syncing process can turn into a hassle with many wireless devices, but the Sony MDR-XB650BT Extra Bass Wireless Headphones (Open Box) ($59.99; originally $129.99) has that covered with Near Field Communication (NFC). Just touch your headphones to your streaming device and they’ll automatically pair for super-simplified streaming at all times.

As for the RIOT HiFi Over-Ear Headphones ($59.99; originally $149.99), Modern Portable has combined the resonant bass and crisp treble of superior sound quality with the features modern consumers want, like a lightweight, ergonomic design, Bluetooth connectivity, and even its own carrying case.

You may never need to listen to anything for 30 straight hours, but with the Cowin E7 Active Noise-Cancelling Bluetooth Headphones ($63.95; originally $69.99), it is nice to know the option exists. In addition to its almost over-the-top battery life, the E7’s also bring powerful performance, a sturdy, impact-resistant build and active noise canceling features that should keep it in most headphone buying discussions. Or you can spend a couple of dollars more for the Cowin E7 Pro model ($78.95; originally $89.99), including slightly improved noise cancellation and larger speaker drivers (45mm vs. 40mm) for more powerful sound.

The Audio-Technica ATH-ANC7bSV QuietPoint Headphones (Certified Refurbished) ($69.99; originally $199.99) are ideal for syncing to entertainment systems from smartphones and tablets to even in-flight movie players, but as CNET points out, it’s the “excellent noise cancellation” that should have buyers giving it a hearty look.

The TREBLAB Z2 Wireless Noise-Cancelling Headphones ($69.99; originally $259.99) get their name from the amped-up nature of their design team: twice the sound, twice the battery life, twice the convenience. Fold in TREBLAB’s Sound2.0 technology with aptX as well as active noise-cancellation and it was named an Amazon’s Choice product with good reason.

Meanwhile, models that work just fine for the average listener won’t quite cut it for an audio professional, and the Shure SRH440 Professional Studio Headphones ($98.95; originally $125) has those pros in mind. They feature impedance and power handling that’s optimized for performance with professional-grade audio devices like DJ mixers, mixing consoles, and headphone amplifiers for pinpoint precise sound reproduction.

Speaking of professional-grade, sometimes you only get the pinnacle quality and performance you want by shelling out a few extra dollars to make it happen.

The Audio-Technica Wireless Over-Ear Hi-Res Headphones ($101.99; originally $169.99) are not only compatible with loads of audio formats including Qualcomm aptX, AAC and SBC codecs, but it also connects easily everywhere to smartphones, tablets, music players, and other devices.

Meanwhile, the Cowin E8 Noise-Cancelling Bluetooth Headphones ($134.95; originally $199.99) sport upgraded cushioning around the ear with a 90-degree rotation axis to grip and hold snuggling and comfortably over the ears in addition to the 100dB sound quality for deep, powerful, and crisp sound in any setting.

Shure has a pair of high-end headphones currently on sale, depending on your basic listening needs. If you’re going for dynamism and power, the Shure SRH840 Professional Monitoring Headphones ($199.95; originally $250) with its rich bass, clear mid-range and extended highs should more than impress. However, if you’re seeking the truest interpretation of music as played, the Shure SRH940 Professional Reference Headphones ($299.95; originally $375) present accurate, distortion-free highs and lows across the entire audio spectrum.

Finally, you’ll never find a name more synonymous with quality audio than Sennheiser -- and the Sennheiser MOMENTUM 3 Wireless ANC Headphones ($399.99) more than justify their price. While you’ll certainly get the unparalleled audio you want, these headphones are packed with every feature you’d likely ever need, including seamless, lightning-fast functionality, adaptive noise cancellation, automatic pairing and genuine leather earpads and headband for an incredibly comfortable fit.