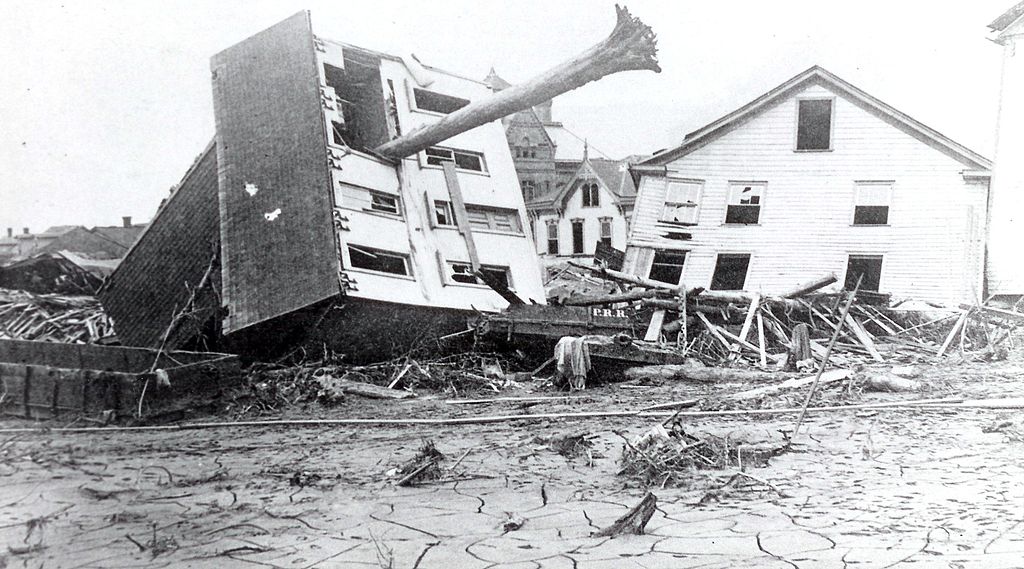 In 1889, a dam failed in southwestern Pennsylvania, sending 20 million tons of water down an industrialized valley toward the unsuspecting city of Johnstown. In this week's episode of the Futility Closet podcast we'll describe some of the dramatic and harrowing personal stories that unfolded on that historic day.

We'll also celebrate Christmas with Snoopy and puzzle over a deadly traffic light.