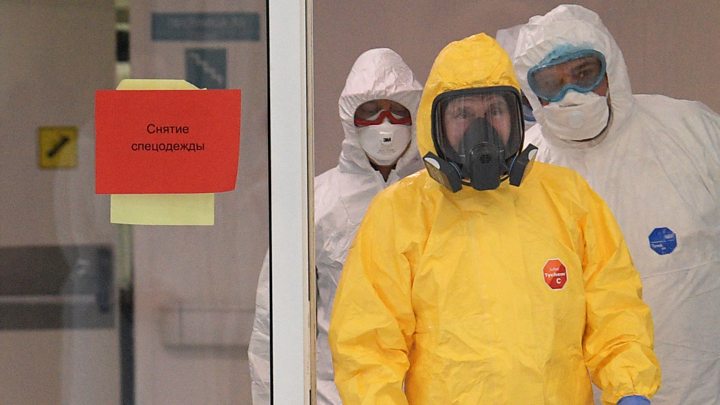 The doctor who hosted Russian President Vladimir Putin's tour of the main coronavirus hospital in Moscow last week has himself been diagnosed with the virus, the Rossiya 24 state TV channel reported on Tuesday. Putin was wearing quite the PPE outfit when he toured the facility. No word on his viral status.

Putin visited the Kommunarka hospital last Tuesday where he chatted to the doctor, Denis Protsenko. Neither of them were wearing protective equipment during their conversation, TV footage from the visit showed.

The Kremlin said on Tuesday that Putin was being regularly tested for coronavirus and that “everything is okay,” the RIA news agency reported.

IMAGE: Russian president Vladimir Putin wearing protective gear visits a hospital where patients infected with the Covid-19 novel coronavirus are being treated in the settlement of Kommunarka in Moscow. Photograph: Alexey Druzhinin/Sputnik