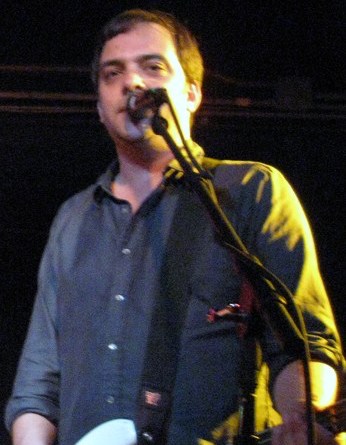 Rolling Stone is reporting that Adam Schlesinger, co-founder of Fountains of Wayne, and a prolific songwriter for film, television, and theater, has died of COVID-10. He was 52-years-old.

Schlesinger had one of the most unique and busiest careers in pop. With Fountains of Wayne — a group that blended power-pop delight with indie and alt-rock sensibilities — he released five albums between 1996 and 2011. During the same period, he released six albums with his other group, Ivy, all the while building a portfolio of TV and film music. His first hit came in 1996, but it was a song engineered to sound like it was actually from the Sixties: “That Thing You Do.” The track served as the sole hit for the Wonders, the fake band at the center of Tom Hanks’ film That Thing You Do!; in real life, the track charted well and earned Schlesinger an Oscar nomination for Best Original Song. Seven years later, Schlesinger and Fountains of Wayne would notch their own career-defining hit, “Stacy’s Mom.”

It is staggering to try and comprehend how many of these obits we are going to be seeing in the coming weeks and months.