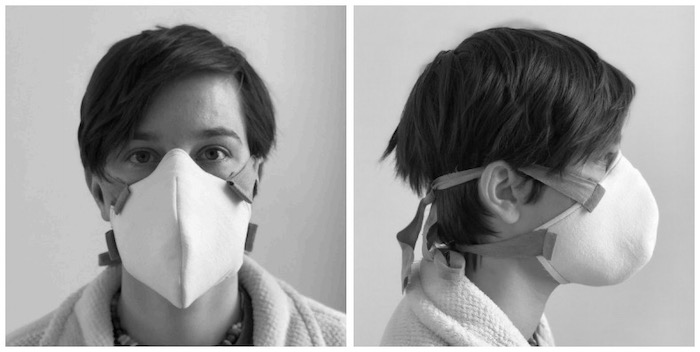 There's a lot of back-and-forth about the effectiveness of facemasks to prevent the spread of Covid-19, and I can't vouch for this one, called the ragmask. But the design is tastefully understated and elegant, as are the PDF instructions for making your own.