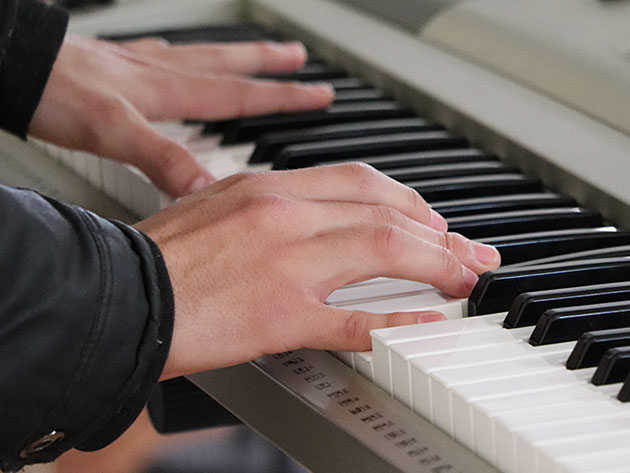 Whether it was Bach or Chopin, Ray Charles or Jerry Lee Lewis, Stevie Wonder, Elton John,  Alicia Keys or Norah Jones, there was someone whose mastery on the piano made you think, wow, I wish I knew how to do that.

It’s a singular, almost timeless skill — and if you love music, there’s no better place to start a formal education than in front of those 88 keys. And...hey, whattaya know, you just happen to have a little extra free time lately, right?

Now’s the time to take the plunge you’ve been thinking about for years with the training found in The Learn to Play the Piano and Music Composition Bundle.

Even if you think you’ve never had a musical bone in your body, this five-course collection might make you rethink that since it takes an innovative new approach to get you playing immediately.

And Pianoforall is definitely not memorizing Chopsticks. Designed for adult players who want to start playing now, this system that already helped more than 160,000 students learn the ways of the keys starts with a flourish of popular rhythm style piano not unlike Billy Joel, John Lennon or Chris Martin.

Over 200 lectures and 10 hours of content, students employ the Pianoforall method across all genres ranging from blues to jazz to ballads to improv, all with an eye toward ultimately creating melodies of your own.

Of course, being able to play the piano is one half the experience. The remaining four courses in this package round out your education, including in-depth examinations of music theory, arrangements, employing chords, triads and other advanced composing tricks and even a Music Production 101 courses that will have you composing, arranging, recording and producing a song from scratch while you document the entire process.

If you spent time as a kid dreading that hour a week of piano lessons (or just felt lucky that that wasn’t you), this is the method for diving into the keyboard that you never knew you needed.

The Pianoforall instruction and ebook set is a $240 value on its own, but right now, this whole piano training package is available for just $34.95.