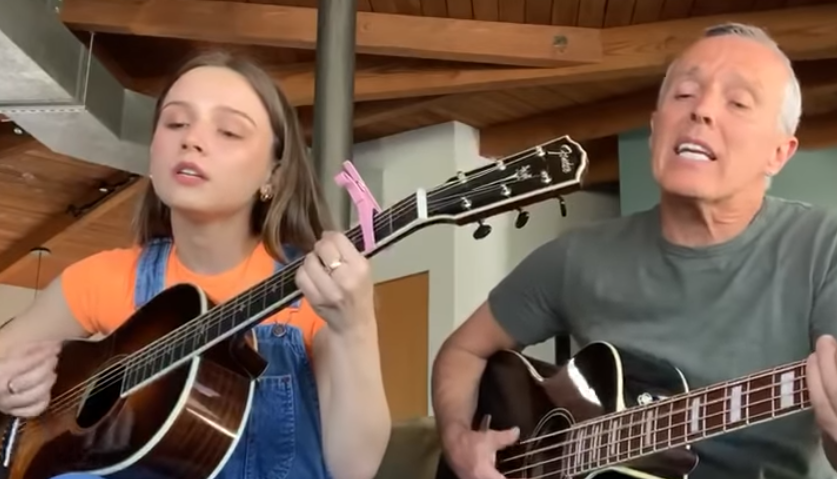 There are few songs that can lay me out quicker than Tears for Fears' 1982 hit, "Mad World." Like many, I will forever associate it with the cult classic film, Donnie Darko, and Michael Andrews and Gary Jules' achingly sad cover for that soundtrack.

In this video, recorded at home, Tears for Fears' Curt Smith performs the song with his young daughter, Diva. As if the line "Children waiting for the day they feel good" wasn't devastating enough already.